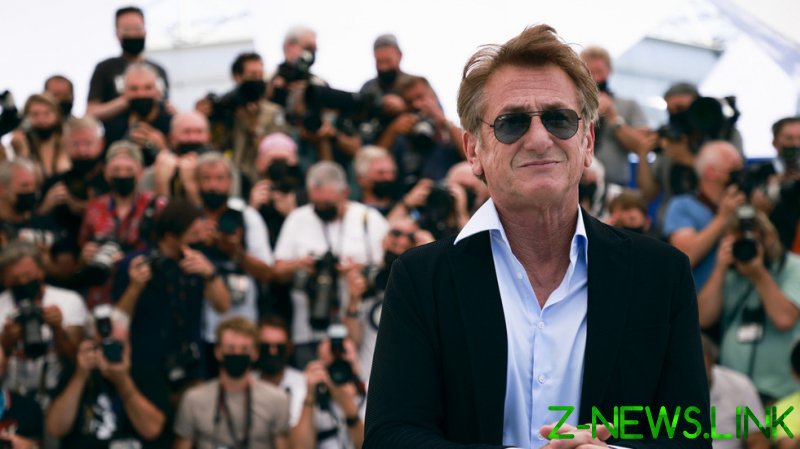 There is absolutely no one on this Earth more tedious, more irritating, more lacking in self-awareness than a Hollywood star with a social conscience. With that in mind, let me say a name and test your reaction: Sean Penn.

Did you just sigh involuntarily? Roll your eyes? Think: What now? Or all three?

Yep, the former Mr Madonna has thrown a Hollywood strop of Citizen Kane dimensions by refusing to resume his starring role on Watergate-themed TV series, Gaslit, until all production staff are fully vaccinated against the coronavirus.

Of course the ultimatum came just after he returned from Cannes – despite a current ban on French people entering the United States – where he’d been attending the ‘essential’ film festival to promote his latest, soon-to-be-released movie, Flag Day. Travel restrictions are for the little people, after all. I can’t be the only one smelling more than a whiff of entitled hypocrisy.

Does it matter to the double-Oscar winner that some of these working stiffs alongside him on his TV project – in which Julia Roberts co-stars – might not be minded to have the vaccine? Or can’t? Somehow, I doubt it even enters his mind. After all, he’s Sean Penn dontcha know! He has two Oscars!

In a tremendous display of passive aggression, Penn’s non-profit organisation – for some reason, my eyes just won’t stop rolling – has even offered to orchestrate the vaccination effort free of charge but the actor has made it clear he won’t be back at work until everyone has agreed to his demands.

Frankly, that could be a good thing because his last outing as a big screen director produced The Last Face in 2017, starring Charlize Theron as a glamorous international aid organiser and Javier Bardem as a dishy medic and set in war-torn Africa… not exactly Citizen Kane.

Because as one critic, Daniel Barnes, pointed out, the characters in these roles are the sort of people Penn and former supermodel Theron like to mix with in real life. You know, the jet-setting, white-saviour crowd. Barnes went on to say, “however, the film’s bumbling mix of drippy romance, fetishised violence and self-serving sermonising in a context-deficient void only makes a mockery of that commitment.” He didn’t like it.

The Last Face scored just 8% on Rotten Tomatoes and was, in Hollywood parlance, a flop. A turkey. A dud. A snoozefest.

So maybe a few holdouts among the crew of his latest TV project are doing us all a solid, preventing Penn from completing work on this new political drama and saving the public from having to endure his tedious final output.

The actor/director is not even issuing this demand for his own wellbeing, after all he’s been vaccinated already. It’s more about the principle of having a safe workplace for everyone. And I get that, but the studios and unions already have strict rules in place.

The USA has seen a staggering 610,000 Covid-19 deaths and more than 34 million cases of the virus but its public health officials have played a blinder and now nearly 50% of the population, that’s 162 million people, are fully vaccinated. They don’t need some Hollywood schmo’s help.

Meanwhile, back on the set, I bet if the producers of Gaslit were offering production staff a vaccination against Sean Penn, there’d be no shortage of takers. Double jabs all round!