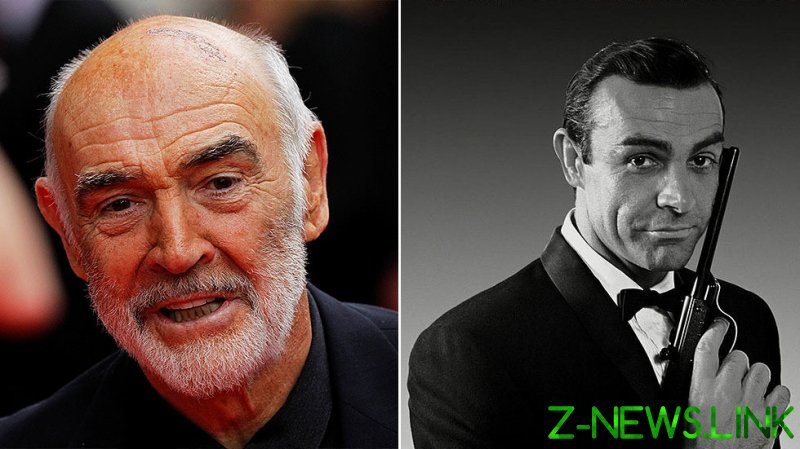 The Scottish star was the first actor to play the dashing British spy, appearing in seven Bond films in total.

He netted countless awards and accolades during his decades-long career in film, including an Oscar, two Bafta awards and three Golden Globes.

Although best known as the ‘original’ James Bond, Connery also gained cult status for his role as Indiana Jones’ father, in the wildly popular series created by George Lucas and directed by Steven Spielberg.

Connery was knighted by Queen Elizabeth in 2000. However, he was equally loved and admired by his fellow Scots. Former First Minister of Scotland Alex Salmond released a statement reacting to Connery’s death, describing him as “the world’s greatest Scot, the last of the real Hollywood stars, the definitive Bond.”

Connery’s family confirmed that he had passed away, the BBC said, but did not provide a cause of death. However, the British broadcaster mentioned that he had died overnight in his sleep while in the Bahamas. He had apparently been suffering from a spell of poor health.