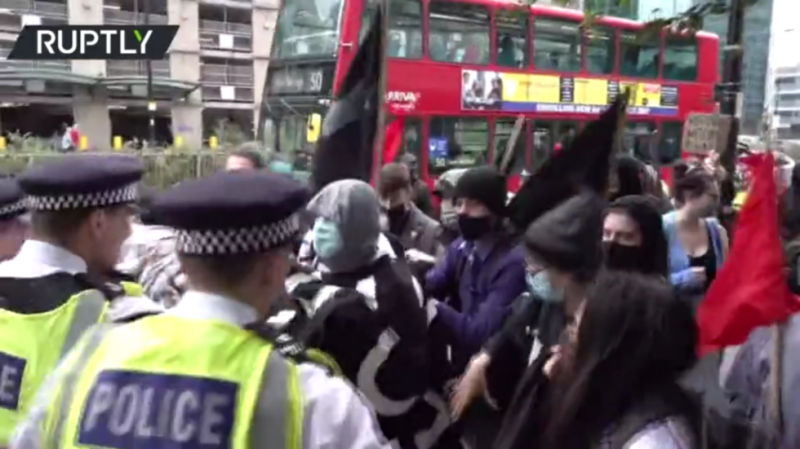 The scuffle happened outside Lunar House, which hosts the immigration division of the Home Office. A group of people with a pro-refugee stance clashed with police officers keeping them away from a small anti-immigrant rally.

The Croydon location was picked for a demonstration by people concerned with the rising number of immigrants arriving in the country. Their reluctance to see more arrivals of foreigners has been fuelled lately by a record number of attempts to cross the English Channel by asylum seekers, which was reported last week, and evacuations from Afghanistan.

Demonstrating on the other side of the police line were a significantly larger number of people, who showed up for a counter-protest. Those activists want refugees to be widely accepted in the UK and consider people with the opposite view racists.

They carried a large black banner declaring their position and chanted slogans like ‘Say it loud, say it clear, refugees are welcomed here’.

Some of the counter-protesters appeared quite angry at the police officers who kept the groups separated. The police were accused of “protecting fascists” from the self-identified “anti-fascists.” The scuffle happened after tempers ran particularly high.

The anti-immigrant crowd dismissed their detractors as “rent-a-mob anarchists.”