Screen Google Pixel 2 XL burn for a couple of days 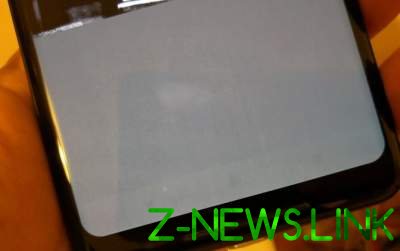 At the bottom of the screen you can see the darker outlines of the buttons.

The first users and authors of reviews on a Google Pixel 2 talks about the rapid fading of the display.

Chief editor of specialized publications Android Central, Alex Dobie, faced with the problem after a week usage of your smartphone.

The first reports about problems with the screen new flagship smartphone, Google has begun to appear in the weekend on 21 and 22 October. They are concerned not only grainy textures in low light, but screen burn-in. A few people noticed that, when you look at the screen with a gray background you can see the weak outline of the navigation buttons.

A picture that illustrates the problem, published in his blog, editor of Android Central, Alex Dobie. The Verge confirm that faced with similar problems in fact Google Pixel 2, which fell to them in the review.

It is noted that such problems with the screen – it is not uncommon for matrices LG, but usually burnout manifests itself after about a year of using smartphones, not in a week.

See also:  At Foxconn suggest a large percentage of marriage among OLED panels for the new iPhone