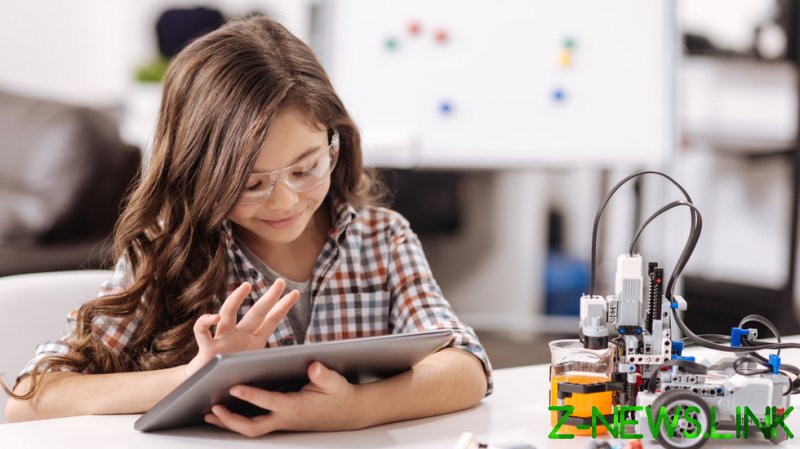 Irrational woke activism is working hard to dismantle the American education system. New York City Mayor Bill de Blasio has unveiled a plan to phase out the ‘Gifted and Talented Program’, effectively denying talented poor kids a special curriculum and opportunities for advancement. The ‘reasoning’ behind this is that the program is a ‘glaring symbol of segregation’ in NYC public schools, due to the perception that the gifted students are disproportionately white and Asian.

While 70 percent of all students are black or Latino, about 75 percent of the gifted class students are white or Asian. However, the language associated with de Blasio’s new plan sounds angry and misleading. The suggestion is that the gifted program has contributed to “racially segregated” classrooms.

This sounds quite accusatory, with the amazing concocted association with ‘segregation’ suggesting it is nothing at all to do with objective academic tests, which are a colour-blind merit-based competitive system. Entry to the program is via an exam, with no other prejudicial factors.

This is yet another example of a frenzied neo-liberal hysteria, a rallying of henpecking busybodies wishing to blot out reality itself. Any truth they come across which they deem to be ‘not nice’ must be made an un-truth.

This is the unspoken credo of our new hard-left activism, which has nothing in particular to do with communism or socialism or anarchism, or even capitalism, but is something we might call ‘authoritarian neo-liberalism’. It is a unique and deeply irrational quasi-religious worldview which can do nothing but tear apart existing functional structures.

It has no creative or working power of its own, but is comprised of a rallying of pointless complaining by attention-seekers hooked on the thrill of discovering an ‘oppression grievance’. It does not matter how trivial or false the grievance is, the point is the do-gooder’s rush they get.

Special education for the talented is a concept as old as civilization. Plato wrote about providing specialized education for gifted young men and women, and throughout the Renaissance – a time specifically known for its special contributions to history – government and private patronage was provided for students who exhibited outstanding talent.

The truth is simply this: there are certain fields which are less subjective than others, and exam performance – by way of testing – at school is one of them. You can have subjective opinion in painting, or in music, but you are either good at math, or you are not.

As with anything truly merit-based, there must be that hard foundation in truth, and a measured limit where we might define, objectively, the exceptional from the average. It is a working system. To whine about it – or worse, to toss it all away – out of crocodile tears for the average-performing does not ultimately do anybody any good, neither the exceptional nor the average.

The group disparity in gifted programs is what it is, and applying any attempts to ‘equalize’ results will amount to actual discrimination against the gifted, who are often smart kids from less-than-privileged backgrounds. We give them these opportunities in order that we all might benefit from their future brilliance. Believe it or not, there was a time when Western society sought to nurture and encourage its best and brightest, and not out of ‘meanness’ for those who couldn’t make the cut – as there is a place for everyone – but out of giving a chance to those with best potential to benefit the human condition.

We might presume this new plan, which if implemented is likely to see imitation (blossoming outwards from neo-liberal centres like New York and California), will result in a gradual loss of potential: a brain drain, a failure to nourish aptitude which leaks into leadership and mass culture. In a nutshell, increased incompetency.

Minor committees on the advisory school board have already refused to renew the program, which is slated to be replaced by a misguided ‘expanded learning’ initiative for all students. This will be a massively expensive undertaking which, like all such emotion-driven or egalitarian schemes, will likely fail to achieve much.

Mayor de Blasio had been criticized in the past for not tackling so-called ‘inequality’ in public schools. Obviously, this very concept is nonsense, a kind of bizarre social voodoo where everyone and everything is expected to be magically ‘equal’ – which would suggest identical to the point of being interchangeable. It is a childishly ill-conceived approach to education, or anything else.

There are at least five schools across the city which currently still cater exclusively to gifted children, who have no clear idea what this initiative will mean. De Blasio, rather typically for an authoritarian neo-liberal, has not solicited feedback from parents, parent groups, or officials over his plans to scrap the gifted classes.

However, he did receive pushback on an earlier attempt to eliminate the admission exam for the most elite high schools. This plan failed because of the enormous backlash from Asian American parents, whose children would be among the most affected. We must assume that this only succeeded because the objecting parents were Asian, as the concerns of the white parents involved are likely not considered admissible criteria by Mr. de Blasio. That is the dark, unspoken heart of neo-liberalism.

What will be the result of dismantling special programs to avoid hurt feelings? Over time, a forced egalitarianism will destroy excellence, and a great ‘equalising’ will ensure no one surpasses a certain level.