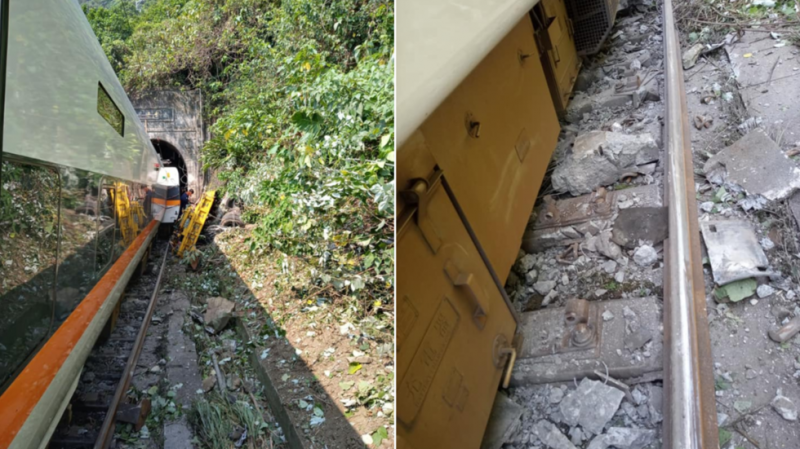 Carrying around 350 passengers, the train derailed outside the town of Hualien on Friday morning, Reuters reported, citing a local fire department. In addition to the four reported fatalities, some 23 others sustained injuries, three of whom were brought to hospital in serious condition.

The locomotive was on its way to Taitung, a city located near Taiwan’s east coast. Photos and footage of the aftermath of the crash have circulated online, showing the train sitting off its tracks, as well as debris scattered around the scene. Passengers were also seen regrouping in the area following the smash-up.

With rescue efforts ongoing, the fire department noted that between 80 and 100 passengers were evacuated from the train’s first four cars, but said several carriages remained difficult to access, as they were “deformed” in the crash.

While authorities are still determining the cause of the derailment, a Hong Kong-based outlet, Apple Daily, reported that a construction vehicle slipped down a nearby hillside and crashed into the train as it passed through the tunnel. Photos from the scene appear to show wreckage of a yellow vehicle sitting alongside the rails.