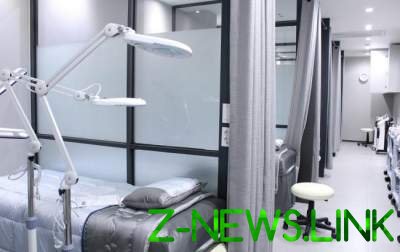 Found a way by which you can “Wake” people from comas

Scientists due to electrical stimulation of the vagus nerve failed to “Wake up” a man had lain for 15 years in a coma after a severe traumatic brain injury. This was explained in an article published in the journal Current Biology.

“Stimulating the vagus nerve, we were able to show that we can improve the patient’s condition and bring him back to “our world” when all seems lost. The brain retains the ability to form new connections and repair itself, even in such a critical situation,” said Angela Sirigu from the Institute of cognitive Sciences in Lyon (France).

Stroke, and various injuries to the head often enter a person into a state that doctors call “brain death,” when the body of the patient still live if to support him with artificial respiration and output of waste, but the brain is not functioning. The person in this state is actually possible to recognize the dead as to live independently, he can not. Most scientists are convinced that people who had lain in a coma for more than a month, forever losing the chance to regain consciousness.

However, many patients live this way for decades, before they die or their relatives take the decision to disconnect people from life support systems. Sirigu with a group of specialists in a clinic in Lyon worked with a patient who at age 20 got into a car accident and since then has been in a coma for more than 15. He couldn’t get out of the coma because of damage to special sites in the brain, connecting the lower parts that control vital functions, with the cortex and other parts of the nervous system responsible for the brain. According to the researchers, these parts of the brain connects the so-called vagus nerve is one of the longest and most complicated tangles of neurons in the human body, connecting dozens of individual organs with the brain. Scientists have suggested that this relationship can be used to encourage “isolated” parts of the nervous system in the brain of comatose patients and the formation of new connections between them.

The researchers found in the abdominal cavity of the patient, special pacemaker, which was connected to one of the endings of the vagus nerve and permanently sent him a special set of pulses, frequency and power of which has changed over time. The results of this experiment significantly exceeded the pessimistic expectations of scientists – a man came out of the coma and began to respond to the words and actions of others. It is noted that he re-acquired the ability to follow objects with the eyes, I learned to move my neck and stopped to sleep when the nurse or his mother read him the book. The patient began to react to sudden movements and show other unusual for people in a coma reaction.

According to the researchers, positive changes were apparent at the level of the electrical activity of the brain. The EEG of the patient the so-called “theta rhythms” indicating the presence of a rudimentary consciousness, and the number of active connections between different brain areas significantly increased.

Now specialists are preparing to conduct new clinical trials with a large number of volunteers who will be able to confirm or refute the obtained results help to understand what needs to be done to further improve the state of people in comas.