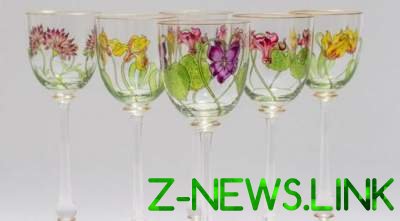 Doctors said the danger in itself pose enamelled glasses.

In mugs for drinking with an enamel coating can contain dangerous levels of lead. To such conclusion came researchers from the University of Plymouth in the UK, reports the Chronicle.Info with reference to the news of Yu.

Enamel mugs and glasses for drinking, including beer glasses and containers for other alcoholic beverages, can contain potentially harmful levels of lead and cadmium. British scientists have carried out 197 tests on 72 new and used mugs and glasses, including beer and wine glasses. In 139 tests, was found to contain lead, and cadmium in 134, on the surface of the cookware and headbands. The lead concentrations sometimes exceeded the maximum allowable.

Tests showed that paint chips often fly off the glasses and mugs and that means they can get into the human body together with drinks. The presence of harmful elements, of course, dangerous to human health and the environment, as the scientists. But they were surprised to find such high levels of lead and cadmium. The absorption of these substances in the long run can provoke malignant tumors.

More than 70% of mugs and glasses tested positive for the presence of lead, this metal was contained in all shades, including Golden leaves. About the same amount of product contained cadmium, and the highest concentrations were found in red enamel. Lead concentrations in the products ranged from 40 to 400 thousand parts per million, and cadmium — from 300 to 70,000 ppm. Thus, according to experts, the maximum permissible levels of these metals in drinking glasses and cups are 200 and 800 ppm, respectively.