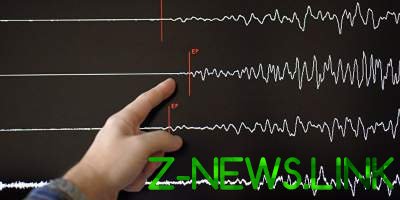 The new development has already been successfully tested in the laboratory.

American and British seismologists have developed a system of artificial intelligence that enables to predict earthquakes before they happened, and have successfully tested it in the laboratory. About the development of scientists reported in the journal GRL.

According to scientists, one reason why current predictions of earthquakes are inaccurate or erroneous, is that the seismographs and other monitoring devices perceive innumerable signals, only part of which is associated with the accumulation of energy at the boundaries of faults, while others are generated by other phenomena, not connected with the tectonic processes.

In some cases, these “noise” fails to weed out – and then the forecast turns out accurate enough, and in other cases, failure in this regard ends in an unpredictable manner.

See also:  Scientists have unraveled the mystery of the mysterious cold spot in space

Similar are the objectives of computer engineers engaged in the development of various systems of machine learning and artificial intelligence. A key feature of modern networks is that they can analyze very “dirty” data to find what is required to solve the problem: for example, for sorting of photographs of cats and dogs, or speech recognition in a noisy environment.

Guided by this idea, scientists have created a special “emulator earthquakes” at the National laboratory at Los Alamos in the USA, which is completely imitated what happens in the fractures at the birth of new aftershocks, and used it in order to teach the neural network to “see” traces of future earthquakes in the dataset, which are collected seismographs.

See also:  Scientists made an interesting discovery about horses

After some time the have learned to correctly predict the “laboratory” of earthquake with a very high degree of precision and accuracy is, as scientists believe, shows that such methods can be applied for predictions of the real seismic situation. On the other hand, the current algorithm is likely not yet used for these purposes, as it was “well-behaved” than on real data and their simulation, and therefore its predictions can be quite inaccurate when working in the field.

Previously, scientists from the University of Adelaide has taught artificial intelligence to predict the death of the patient on the results of computer tomography of the chest.