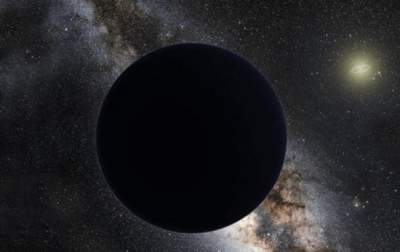 The ninth planet explains the unusual behaviour of the heavenly bodies beyond the orbit of Neptune.

Astronomers announced five evidences of the existence of the ninth planet in the Solar system, according to the NASA website.

At the beginning of last year, astronomers Konstantin Batygin and his colleague at the California Institute of technology Michael brown announced that they were able to calculate the position of the mysterious Planet X the ninth planet of the Solar system remote from the Sun 41 billion kilometers and weighing 10 times more than the Earth.

Astronomers recently got the opportunity to start looking for Planet X with the aid of the telescope Subaru in Hawaii.

Due to the vast distances to this planet, scientists estimate that a single revolution around the Sun it makes over 15 thousand years.

It is known, its approximate orbit, but there is no solid evidence of its existence, in addition to the strange nature of the movement of a number of dwarf planets and asteroids in the Kuiper belt beyond the orbits of Neptune and Pluto.

These heavenly bodies rotate in the opposite direction compared to other planets of the Solar system, their orbit is very inclined relative to the other orbits.

Scientists say that the behaviour of these dwarf planets not predicted by the classical model of the formation of the Sun and its planetary family.

“Eccentricities of these orbits cannot be explained in any way except adding Planet X in the Solar system. Her presence in itself leads to the birth of such objects and their unusual orbits, its gravity must throw away part of the small bodies from the Kuiper belt beyond the plane of the Solar system, and then Neptune needs to draw them to himself and sit on the current orbit” – explain the scientists.