Home / INCREDIBLE / Scientists made an unexpected discovery about the prehistoric women

Scientists made an unexpected discovery about the prehistoric women 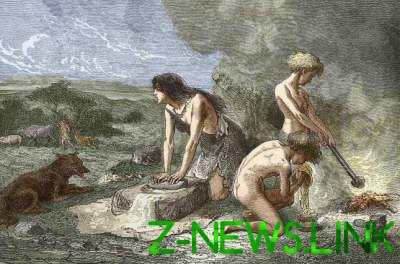 They were stronger than modern athletes.

Scientists have found how it changed the anatomy of women in the transition to a settled way of life, and found that the strength of the arms of prehistoric women was superior to the force of the hands of the modern athletes. The researchers ‘ findings were published in the journal Science Advances.

To establish the role occupied by women in the life of primitive society, the researchers compared the ancient remains with the bones of modern women, about the way of life which is accurate information. The researchers analyzed the remains of the 94 women who lived in Central Europe in the period 5300 BC 850 BC, and created a 3D model of the tibia and humerus. These data were compared to the results of computer tomography 83 modern women. In the first three groups consisted of athletes who are actively involved in rowing, running and football. Control group were women, not involved in sports. Anthropologists have studied the structure of the bones of the hands and feet of study participants.

See also:  Doctors told about the medicinal properties of thyme

Scientists came to the conclusion that the feet of women has barely changed since the Neolithic age. However, the hands of Neolithic women at 11-16% stronger than that of modern women involved in rowing. Those who did not play sport at all, inferior to that of ancient women in power on the average on 30%. Over time, women’s hands gradually weakened: contemporaries of the bronze age surpassed today’s lovers of rowing on 9-13%. To the Middle ages noticeable difference disappeared.

See also: Scientists have found a universal way of extending the life

See also:  Shoigu spoke sharply about the strengthening of NATO forces near the borders with Russia

The authors suggest that the strength of women’s hands gave constant use of the hand mills-grain grinders — stones for grinding grain into flour. Over time, tools were improved, and their use required less effort.