Scientists have solved a new mystery of the mysterious Ceres 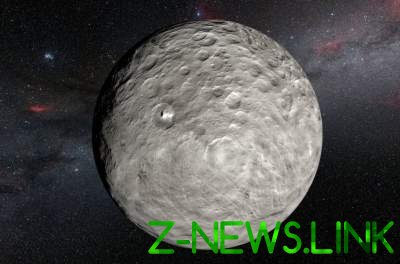 According to researchers, in ancient times Ceres was the great ocean.

Dawn mission scientists said that they have found evidence of an ancient global ocean on the dwarf planet Ceres. This was reported by NASA.

The researchers found that the ice on Ceres consists of salts and hydrated materials, which are the result of past and possibly recent geological activity. In addition, the researchers found a second, softer layer of ice under the upper, more durable, which may indicate the presence of remnants of liquid on Ceres.

“The more we know about Ceres, the more we understand that it is a very complex world, which in the past could have an ocean of liquid water on the surface, the remains of which may still exist in the depths of the dwarf planet,” said Julie Castillo-Roges, scientific Director of the Dawn mission.

See also:  Scientists made a big discovery in Antarctica

Previously, NASA has developed a “guided tour” in the main sites on the surface of Ceres – the crater Okkator with mysterious white spots and a mountain-pyramid. Later, the researchers said that solved the riddle of these spots. According to scientists, they represent deposits of salt, and that they are likely to be followed by eruptions exotic “salt volcano”.