Home / INCREDIBLE / Scientists have refuted the hypothesis of human evolution

Scientists have refuted the hypothesis of human evolution 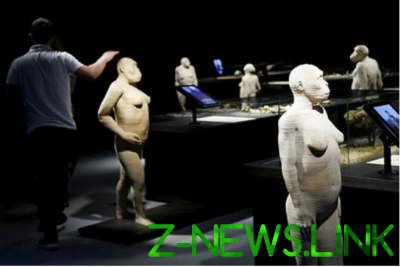 Refuted the generally accepted hypothesis that the evolution stops if the maximum adapted to the environment.

An international group of scientists under the leadership of Richard Lenski (Richard Lenski) from the University of Michigan in the United States denied the generally accepted hypothesis that the evolution stops if the maximum adapted to the environment, have reached the evolutionary optimum. Article with results of a study published in the journal Nature.

As observed for the evolution of large organisms, including man, is almost impossible due to the relatively slow rate of alternation of generations, a convenient object of research are the microorganisms. In the Lenski long-term experiment, initiated in 1988, used a colony of E. coli (Escherichia coli), which multiplies so quickly that evolutionary changes can be seen for several decades.

See also:  Scientists have discovered a DoppelgangeR of the Solar system

Lansky took the strain Bc251, called the study of ancestral. He made 12 separate populations that breed in artificial conditions, each day some of the bacteria were transferred to fresh nutrient medium with glucose deficiency. Every 75 days (during this time, was replaced approximately 500 generations), the bacteria were frozen in glycerol for further studies.

Today in the lab Lansky was replaced about 68 thousand generations of Escherichia coli. During this time, bacteria have acquired mutations that increase their suitability to the environment. The cells became larger, began to quickly assimilate nutrients and reproduce. In some populations, mutations occurred faster, and in one of the colonies of microorganisms adapted to consume citrate.

The researchers also found that the increase in adaptability to environmental conditions in bacteria is not stopped, although it slowed in all 12 populations, indicating the achievement of the microorganisms of the evolutionary optimum. Scientists have revealed that the cells continue to leak genetic processes leading to the emergence of new adaptations. Made by experts the conclusion is valid not only for bacteria but also for all organisms, including humans.