Home / INCREDIBLE / Scientists have named the cause of cannibalism among Neanderthals

Scientists have named the cause of cannibalism among Neanderthals 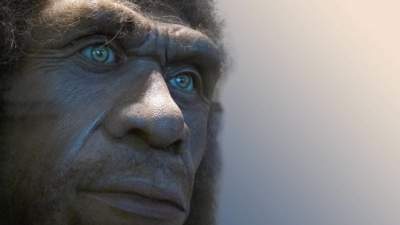 Bones of cannibals have been found in geological deposits.

French scientists have found evidence that Neanderthals, who lived in the South of Europe 128 – 117 thousand years ago, were cannibals because of the shortage of animal food.

How to write Cosmos Magazine, examining the bones of six Neanderthals (two adults, two teenagers and two children) found in a small cave Mule-Gersi in the South-East of France, scientists have discovered traces of cuts made by stone tools, as well as bite marks of human teeth.

The same signs of cannibalism appeared and the Neanderthal remains from the sites in Croatia, Spain and Belgium. In addition, the bones of the victims of cannibals have been found in geological deposits corresponding to the last interglacial period. That is, they found the bodies coincide with rapid climate change.

“In a warmer period – the time when the Neanderthals lived in the region did not have large mammals, and lived only rodents, turtles and snakes, who migrated from the Mediterranean. Open meadows gave way to temperate forests, and the Neanderthals used to hunt large victims, such as bison and mammoths, apparently, struggled with these rapid changes. Analysis of tooth enamel revealed revealed lines, typical of periods of stress, such as illness or malnutrition,” commented the researchers.

See also:  Find the cause of the extinction of bees