Home / INCREDIBLE / Scientists have made the unfavorable forecast of magnetic storms

Scientists have made the unfavorable forecast of magnetic storms 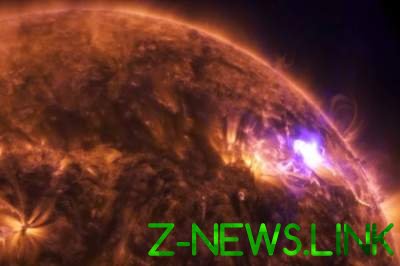 They claim that magnetic storms will cover the Earth every 14 days over a long period of time.

Scientists said that the magnetic storm will rage on the Earth every two weeks for several months.

“While the configuration of the solar wind has not changed, the Earth will have to live in the rhythm of magnetic storms, repeated every two weeks”, — is spoken in the message of scientists.

See also:  Scientists have found the remains of the feathered dinosaur

According to them, is currently in outer space observed two dense flow of the solar wind, the sources of which are located at opposite sides of the star. The sun when viewed from Earth makes a rotation in about 27 days. Solar wind streams whose sources are in the Sun and rotate with him now, “hit” the Earth alternately in increments of two weeks (half of the 27-day period), creating magnetic storms, repeated with the same step.

See also:  Scientists have figured out how to brew coffee

The researchers also noted that magnetic storms that will occur on Earth in the near future, will the average power is observed up to 60 per year.