Scientists have made a new discovery about Saturn’s moon 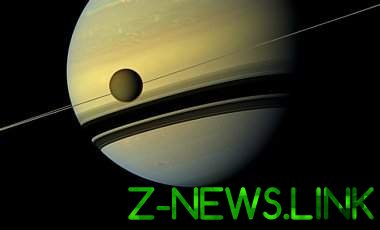 Scientists found that clouds in the atmosphere of Titan is composed of supercooled hydrogen cyanide and benzene.

The chemical composition of the scientists from NASA were able to identify when analyzing data that are received aboard the Cassini spacecraft the infrared spectrometer in 2015.

Clouds over Titan was first recorded in 1990-ies with the help of the Hubble telescope and Cassini was able to show that the rain clouds are composed of methane, are at a distance of several tens of kilometers from the surface of Saturn’s moon and may form distinctive structures in the form of stripes in the polar regions.

The researchers analyzed three typical spectrum obtained from July to November 2015 in the study of higher ice clouds near the South pole of the satellite. At the time of receiving the signal of these clouds were at the height of from 160 to 210 km from the surface of the satellite. Data on their chemical composition were obtained using the infrared spectrometer CIRS, who was on Board the probe.

Analyzing the obtained spectrum was found that ice clouds are composed of hydrogen cyanide and benzene.

The composition of the mixture of organic compounds found on Titan are very diverse. For example, the satellite was discovered Acrylonitrile – organic substance capable of creating analogues of lipid membranes in liquid methane.