Scientists have invented a new system of obtaining hydrogen from water 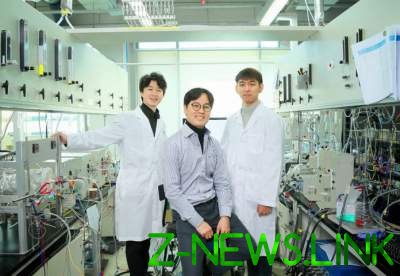 Scientists claim to have solved the problem of hydrogen production

Hydrogen is a promising fuel source, but hydrogen production is quite a laborious process, considering the necessary amounts of hydrogen to cover the necessary needs.

South Korean scientists claim to have solved the problem of hydrogen production, developed a new system to produce hydrogen from water.

The system was developed by a group of researchers from Olshanskogo National Institute of science and technology, Korea Institute of energy research and the University Sookmyung.

At the moment for producing hydrogen uses electrolysis, and in fact, the new system has the same approach, but slightly different, both the semiconductor electrode, as the electrolyte. This gives some advantages, in particular, the ability to remove all the unnecessary components, without additional purification, and use less energy.

Using ion-mixed conductor and the electrodes are made of a layered perovskite, the system produced about 1.9 liters of hydrogen per hour, the cell was working at a voltage of just 1.5 V and a temperature of 700 degrees Celsius.

The researchers say that it is four times more efficient than existing systems electrolysis of water, and after continuous running of the device for 60 hours, showed no signs of degraded performance.