Home / INCREDIBLE / Scientists have identified a rare ability of some people

Scientists have identified a rare ability of some people 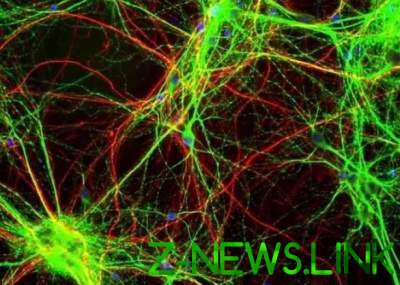 Some people can sense magnetic fields.

According to new research, a weak magnetic field effect on the patterns of brain waves in some people.

Experimental data show that the human brain is able to respond to the Earth’s magnetic field, albeit on an unconscious level.

After many years of research, scientists mostly believed that magnetoreception, that is, the ability to sense magnetic fields, is something beyond the human possibilities. In subsequent years, work on animals has increasingly pointed to magnetoreception as the result of a complex neurological processing. This prompted Geophysics Caltech Joseph Kirshvink and neuroscientist simoza the Bus to come back to this problem.

“Our approach was to focus only on brain waves. If the brain does not respond to the magnetic field, then there is no way that a magnetic field could affect someone’s behavior. First, the brain needs something to perceive in order to act on that,” said Kirschvink.

To test whether the human brain to magnetophoretic, and make it reliable, the most likely way Kirshvink and Simoza conducted a fairly complex experiment with the camera, specially designed to filter any extraneous noise that might influence the results.

Scientists invited to participate in the experiment, 34 adult volunteer. They were asked to sit in a dark test chamber, in which there were large square magnetic coil. Supplying current to these coils, the scientists changed the intensity and orientation of magnetic field in the chamber.

While the participants were at the request of scientists in a relaxed state and with eyes closed, the researchers manipulated the magnetic field around them. To monitor changes of brain activity (alpha waves) to each participant in the experiment conducted electroencephalogram (EEG).

It turned out that when the magnetic field amplitude of brain activity changes in the alpha range – 8 to 13 Hertz. The experiment showed that among the 34 participants in four suffered from a severe reaction the reaction to a single change in the orientation of the magnetic field: a shift from North-East to North-West.

See also:  Scientists have told, how on Earth did life

According to Kirshvink, this change corresponds to the reaction of the brain to sudden change of environmental conditions. Therefore, people somehow felt the movement of magnetic field lines. The authors suggest that people may have not discovered scientists cells in which such magnetic sensitivity.

Add some migratory birds and sea turtles use magnetoreception for orientation in space. It is not clear whether useful ability to sense magnetic fields to humans, as it is probably a residual trait leftover from our more primitive past. However, researchers should conduct further investigation to determine whether magnetoreception our behavior.

Looking to the future, Kirshvink admitted that he would like to better understand the Biophysics of this ability, including measurement of the threshold sensitivity. Simoza believes that it is possible to move magnetoreception in the conscious mind, which can create entirely new areas of research. For example, imagine that future people have a built-in compass, allowing them to feel magnetic North.