Scientists have found that unites a man and a chimpanzee 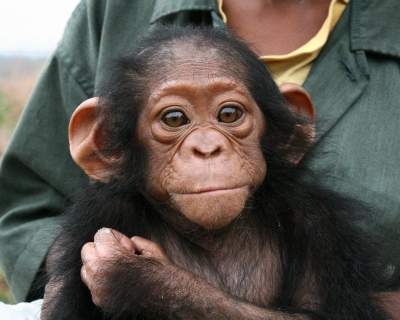 Proven: the lack of pity for justice unites humans and chimpanzees

The ethologists and anthropologists from the two universities max Planck showed that chimpanzees react differently to the suffering of the relatives depending on, whether suffering is deserved, and this is similar to children.

The kids were shown scenes of the puppet theatre with the participation of “good” and “evil” characters. The first gave the children their favorite toy, the second was repossessed it. Then appeared a third character and bashed one of the first two stick. Children could continue to watch the performance, dropping in a coin receiver, or to stop viewing and exchange the coins for something else. When they beat a “good” character, children six and older often refused to look further, but if the punishment had been “evil”, they were inclined “to pay” per view, and even had visible fun. In children under six such patterns were not observed.

A similar experiment was carried out with older chimpanzees. The role of “good” and “evil”actors in front of the animals played the caretakers of the Leipzig zoo; the first regularly fed a chimpanzee, the other collected food. The third man was described as a “beating” the Rangers stick. As children over the age of six, chimpanzees liked to see how “punishing” them unloved character; to see it, they had to open the heavy door to enter the room where had a view of “representation”. If you stick to “beat” the person who fed them, the chimpanzees chose not to spend forces for struggle with tight spring and even complained of what is happening.

The survival of the community depends on the ability of its members to the societies; in many groups encouraged cooperation, and refusal is punished. The punishment applies not only to people: the previous study showed that macaque-rhesus punish members of their community for cheating.

When a person or another animal shall be punished, the witnesses are forced to watch the suffering of relatives. Normally, such a sight invokes empathy (empathy) and the desire to protect, to help and to comfort. To encourage community punishment, there must be a psychological mechanism that allows to separate the normal reaction of empathy from the desire to punish the guilty; this reaction is called “altruistic punishment.”

Experiments by German scientists has shown that such separation of children become capable at the age of about six years; the same division is able and adult chimpanzees. The results of the study shed light on the evolutionary origins of differences of reactions to the suffering of the innocent and the guilty suffering; apparently, altruistic punishment or existed in the common ancestor of humans and chimpanzees that lived 7 million years ago or evolved in humans and chimpanzees and later independently.