Scientists have found in Antarctica a new species of moss 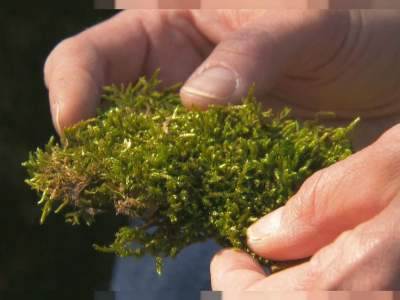 Scientists report that close to a station on the island of Galindez found a new species of moss.

A new species of moss and evidence of climate change – such results were brought by the Ukrainian scientists from Antarctica. Returned home from two expeditions – the twenty-third and twenty-fourth summer seasonal. The latter was at the station for two months.

Its membership was first composed of women scientists. Home to Ukraine returned 33 men and four women. Say that we lived together – was harassed by the ice and winds.

The day of Ukrainian scientists collected samples of plants. Admit that the task was difficult. Had to catch early the penguins, because they eat moss, not leaving his traces.

Half a century ago, these territories passed to the British expedition. Therefore, to find new species of plants on the land of Antarctica is for the Ukrainian scientists real pride.