Scientists have found an innovative way of dealing with metastatic cancer 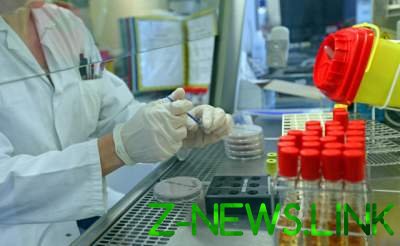 The opening allows you to stop the movement of cancer cells throughout the body.

Researchers from Western Connecticut state University found that if the tumor cells on the surface of a protein called integrin, then it can not normally be moved, and means forming metastases.

Disabling this transport mechanism may be a new way to fight cancer.

In their work, scientists studied the dissemination mechanisms of metastasis in mice fibroblasts and cancer cells human cervical. They wanted to find out what role in cell movement plays CD13 protein. It is known that it penetrates through the cell membrane to one part interacting with the external environment, and the other with the interior of the cell.

Fibroblasts with inactive gene CD13 was unable to move. They dragged the whole integrin inside and he never appeared on the surface, explain the authors.
In normal cells it was left on the surface after about two hours. Malignant cells were observed the same dynamics.

“It turned out that CD13 acts as the organizer, collecting on the membrane surface integrin and other proteins. These steps are crucial for cells in the processing of information in order to move forward,” the scientist said Malik Ghosh.

Research is still at a very initial stage, however, the findings indicate the potential to stop the spread of malignant cells throughout the body, according to the authors. The team will continue research to explore similar mechanisms for other types of tumors.