Scientists have found a unique confirmation of biblical history 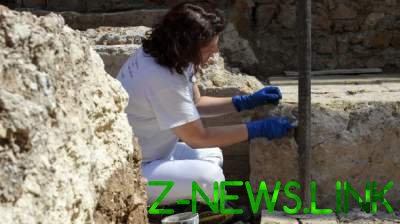 The sculpture of the Pharaoh confirmed the authenticity of one of the episodes of the Bible.

Scientists have found evidence described in the Bible of a confrontation between the Jews and the king of the North of Canaan due to the clay head Egyptian Pharaoh.

Head of an unknown Egyptian Pharaoh found in the biblical city of Hazor (now tel Hazor) in Israel was made according to scientists, about 4,300 years ago. Maybe she was part of a larger statue that was destroyed 3300 years ago.

“Cracks indicate that the head was separated from the rest of the sculpture before it was destroyed the whole statue. Interestingly, no other part of the statue, which originally belonged to the head, was not detected in this area,” said Dimitri Laboury, senior researcher of the National Fund for scientific research of Belgium.

The destruction of the sculpture, he said, chronologically the same as that found in the biblical book of Joshua, the leader of the Jews lines: “At the same time, returning Jesus took Hazor, and its king killed with the sword (Hazor beforetime was the head of all kingdoms); and they smote all the souls that were therein with the sword, still utterly: there was not a single soul; and he burned Hazor with fire.” In addition, the archaeologists found a number of monuments that have been intentionally destroyed.

Yet the researchers, it is unclear who owned the sculpture.