Home / INCREDIBLE / Scientists have discovered the anomalous properties of water

Scientists have discovered the anomalous properties of water 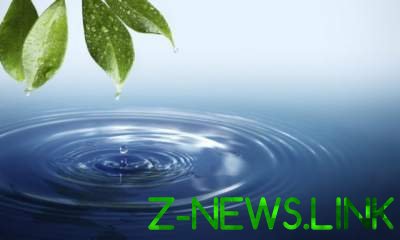 According to experts, the water has about 70 properties, many of which distinguish it from other types of liquid.

We used to think that liquid water is a disordered collection of molecules that move rapidly within some structure. But scientists from Stockholm University have discovered two phases of this liquid with large differences in structure and density. Their results are based on experimental studies using x-rays and was published in the proceedings of the National Academy of Sciences (PNAS).

Most of us know that water is essential for our existence on planet Earth. But much less well known is that water has many strange properties that are anomalous and not typical for other liquids. For example, melting temperature, density, heat capacity — in total there are about 70 properties of water that distinguish it from other liquids. These anomalous properties, by the way, became a prerequisite for the emergence of life known to us.

“The new property is noteworthy because, as it turned out, water can exist in two different liquids at low temperatures, when the ice slowly kristallizuetsya,” says Anders Nilsson, Professor of chemical physics at Stockholm University. A breakthrough in the understanding of water is made possible thanks to the combination of research with application of radiography at the Argonne national laboratory near Chicago, which revealed two different structures and a large x-ray laboratory DESY in Hamburg, where he studied dynamics and demonstrated a liquid state of both phases. Water really can be two different liquids.

See also:  On the red planet, scientists have discovered a sensational find

“Very interesting use x-rays to determine the relative positions of the molecules at different times,” says Fivas Perakis, Professor at Stockholm University with experience in the field of ultrafast optical spectroscopy. “We, in particular, were able to track the transformation of the sample at low temperatures from one phase to another and showed that there is a characteristic of liquids diffusion”.

When we think about ice, he often is represented as an ordered crystal phase of water, like from the fridge, but the most common form of ice in our planetary system is amorphous, i.e., disordered form. And there are two forms of amorphous ice with low and high density. These two forms may pass into one another, and there have been suggestions that they may be associated with forms liquid water the low and high density. To test this hypothesis experimentally tried for a long time, and the Stockholm group is finally managed.

“I studied amorphous ice for a long time, trying to determine whether it is possible to consider them as a glassy state, represented by a frozen liquid,” says Katrin Amann-Winkel, researcher in chemical physics at Stockholm University. “Dream becomes reality when I get the opportunity in detail to see how the vitreous form of water turns into the viscous fluid, which, in turn, almost instantly turns into a different, more viscous liquid with lower density”.

The fact that the water continues to amaze us, absolutely incredible. What else can be due to its strange properties, except for the transition between the different phases?

“New results indicate that water at room temperature can not decide which of two forms it to be, high or low density, which leads to local oscillations between the two phases,” says Lars Pettersson, Professor of theoretical chemical physics at Stockholm University. “In short: water is not a complex fluid, and two simple fluids with complex relations.”

These new results not only provide an overview of the water at different temperatures and pressures, but also on how it is affected by salt and the biomolecules necessary for life. In addition, the more we learn about water, the better understand how to purify and desalinate in the future. This problem would be well addressed on the backdrop of an impending global climate crisis.