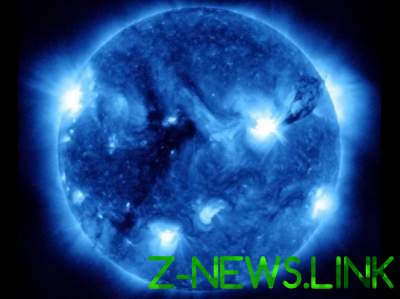 The sizes of the stars are approaching the maximum possible.

Neutron stars are amazing objects that can not be seen directly. The density of these stars is comparable with the density of an atomic nucleus, and their sizes are measured in kilometers.

Neutron they are called because much of their substance is the neutrons.

To see the Earth from a distant star the size of a dozen kilometers, but in the case of neutron stars they can be a lot to learn from the observations of pulsars.

When, in 1967, was discovered rapidly varying extraterrestrial radio source of unknown origin with highly stable frequency, and the idea of the signals from the brothers on reason have failed, it took physics.

Hypothetical superdense remnants of the evolution of massive stars perfectly associated with the observed pattern.

Neutron stars have powerful magnetic field and very quickly rotate. As a result, over the magnetic poles there is a narrow cones of radiation. If the observer is lucky enough to get into this cone, it will lock the signal.

See also:  The third time NASA has tested an engine for a super-heavy rocket

Sometimes a neutron star can be observed in a pair of companion– a normal star, belyam dwarf or another neutron star. One such pair of neutron stars, the pulsar Hulse-Taylor allowed indirectly confirm the existence of gravitational waves. Another such pair, the result of a merger of the components of which observed gravitational detectors as GW170817 and conventional telescopes, have allowed to specify upper limit of mass of neutron stars.

Classic evaluation, which is called the Oppenheimer-Volkov gives a value of 2.5 solar masses. But the problem is that the exact equation of state of neutron stars is unknown to us. And maybe, in its Central part the pressure is so great that even the neurons are destroyed? The results of measurements of gravitational waves and electromagnetic radiation from the event GW170817 upper limit on the masses of non-rotating neutron star is equal to 2.16 solar masses. This means that an object of larger mass must collapsibility into a black hole.

See also:  The Americans have conducted flight tests of the space truck

And here, the measured mass of pulsar PSR J0740+6620 was a record: 2.17 solar masses. Within the measurement accuracy, it is consistent with the theoretical estimate. Most neutron stars with reliably measured mass falls within the interval from 1.3 to 1.5 solar masses, and the most massive neutron star until recently was the pulsar PSR J0348+0432 with a mass of 2.1 solar masses. He enters a binary system with a white dwarf so that its mass measured reliably.

The new record – the pulsar PSR J0740+6620 also has a companion white dwarf. The mass of the pulsar was measured through observation of the Shapiro effect – to slow the spread of the light when passing near a massive body. This phenomenon is one of the standard manifestations of the General theory of relativity of albert Einstein and measured in many situations, including for the planets of the Solar system. 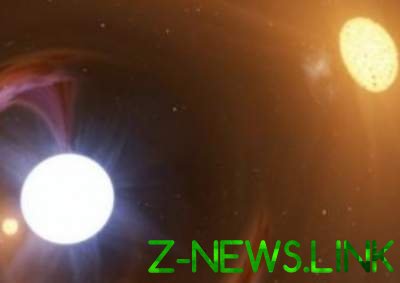