Scientists have developed a new type of therapy for schizophrenia 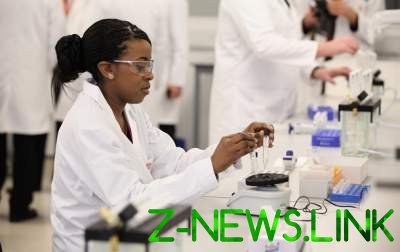 A new therapy has helped to reduce the frequency of hallucinations and stress levels in patients.

British experts have simulated digital visual model, “avatar”, the conversation which helps patients with schizophrenia to cope with the “voices in the head”.

The study describes the development of published in the medical journal The Lancet Psychiatry.
In work it is noted that auditory hallucinations are experiencing up to 70% of schizophrenics. Most often the so-called voices in my head insulting patients, threatening them and urged to dangerous action. In most cases, the symptoms are able to weaken with drugs, but even after treatment, “voices” he hears every fourth patient, said the study’s lead author, Professor king’s College London, Tom Craig.

Scientists have invited for trials of 150 patients from British hospitals (18-65 years) with schizophrenia spectrum disorders and psychosis. Participants were divided into two groups: 75 people was treated by a psychiatrist, 75 – passed “avatar therapy”. Members of both groups continued to take medication.

To create “avatar” the researchers along with the patients visualized in the computer program “the voice”, often pursuing patients during attacks. Patients talked with a virtual interlocutor daily for six weeks. In the next room was the doctor, who talked to patients on behalf of “avatar” changed voice and phrases characteristic of hallucinations of a particular person. In parallel, the recorded intensity of the “voices” in the head of the participant of the experiment.

The results showed that this therapy helped to reduce the frequency of hallucinations and the level of stress that caused seizures in patients. After 12 weeks, seven of the 75 patients no longer hear the “voices in the head”, while in the group, konsultyrovanyya have a regular therapist, there were only two.

As reported Корреспондент.net previously in the US for the first time in history allowed the sale of tablets with a built-in microchip. It’s built into the drug Abilify, used to treat a variety of psychoses and prescribed for schizophrenia. In the USA this medicine take 7 million people.