Home / sports / Scientists have determined the limit of human endurance

Scientists have determined the limit of human endurance 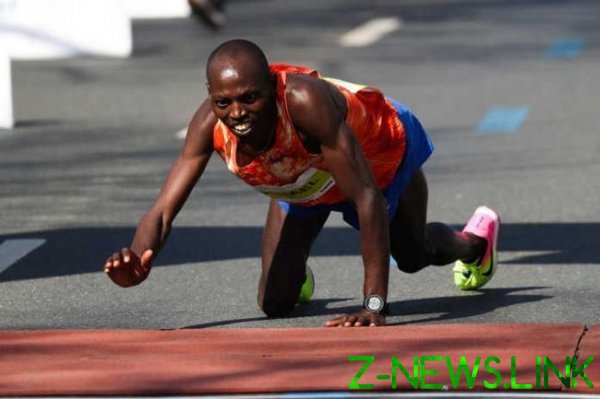 American scientists who studied the performances of many athletes, including the seekers limit of human capabilities, which are five long months of running around the United States, came to the assessment of the absolute physiological limits of human endurance.

Findings quite technical, but a study published Wednesday in the journal Science Advances, emphasizes one feature that makes humans unique among primates: our physical endurance is really extraordinary.

According to the researchers, their stamina we inherited from hunter-gatherers for two million years.

The limit of human endurance is measured in multiples of the so-called “basic metabolic rate”, which is the minimum energy that calculate calories used by the body to maintain itself within one minute.

And the limit of human endurance is about 2.5 times higher than that of the basic metabolism, says the team, led by Herman Pontara, Professor of evolutionary anthropology at Duke University. In sports events that last from a few hours to weeks, such as triathlon, marathon or the Tour de France, people can increase their metabolic rate to five or even 10 times in comparison with the level of metabolism at rest.

See also:  Scientists dumbfounded by the behavior of wild ducks

But there comes a time when performance is reduced about three times, I think these scientists. People are just impossible to stay above this level for more than a few weeks.

To obtain these numbers, the team watched the five men and one woman who are considered extreme runners. From January to June 2015, they took part in race across USA – 4957 miles from Los Angeles to Washington, DC. This is equivalent to a marathon for six days a week for 20 weeks.

“All these people lose weight. They burn their fuel faster than it can return,” said Pontzer. “At what point do I reach the goal, when I finally can return as many calories as I burn every day?”

The answer, according to Pontzer is 2.5 from basic metabolism, which means the total metabolic rate. “It’s about 4,000 calories a day,” he said. Extreme runners drank eight liters of water per day in the first week and burned 6000 calories a day.

But they continued to lose weight until the end of the race and never reached an equilibrium state.

See also:  The League of Nations: Ukraine starts in division B

“You can burn more than that, but you lose weight every day. You can do it in the next couple of days, couple of weeks, but you can’t do this forever.”

His team says that the limit of human endurance, is probably associated with the digestive activity of the people, not with their muscles or heart, because it was the lowest common denominator in all the studied sports.

Cycling, running and triathlon forcing people to use different muscles. But all people have one stomach. While humans stand out among primates in their ability to exercise, other animals are also good in extreme endurance, such as migratory birds. But this part of the animal world is studied not so well.

Pontzer notes the important difference between humans and animals.

“Other animals are too smart to do all these crazy things that people do”, he said.