Scientists have created a unique bacterium”cyborg” 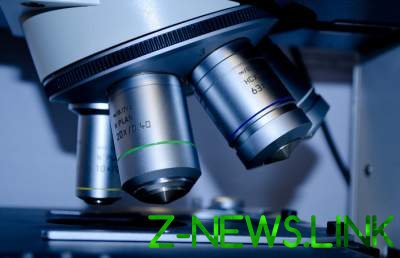 American scientists have developed a bacteria-“cyborg”, which is the efficiency of photosynthesis 40 times greater than the majority of plants. To achieve such results, the bacteria has learned to produce nanocrystals, which act as miniature solar panels.

A group of researchers from the University of California at Berkeley has turned into cyborgs bacteria Moorella thermoacetica, writes, “hi-Tech”.

Usually this kind of bacteria uses CO2 for the production of acetic acid, from which subsequently it is possible to fuel and plastic. Scientists led by chemist Kelsey Sakamoto made organisms to produce “manodopera” — a coating of nanocrystals that helps you to collect energy from the sun.

Nanoparticles on the body of the bacteria perform the function of solar modules. They allow bacteria-“cyborg” to produce acetic acid not only by CO2 but by water and light.

The photosynthesis efficiency that obtained in the experiment of bacteria is 80%, whereas in plants only 2%. The “cyborgs” self-regenerate and reproduce themselves.

“Instead of having to use to collect sunlight is inefficient chlorophyll, I taught the bacteria to covered with tiny semiconductor nanocrystals. They are far superior for efficiency, chlorophyll, and their receipt is a few times cheaper production of solar panels,” — said in a press release, study leader Kelsey Sakimoto.