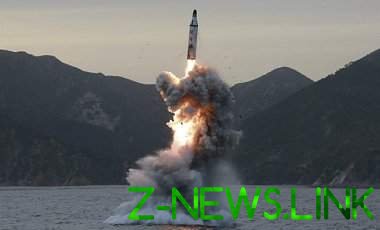 The effect is not so harmless as it seems at first glance.

The researchers came to the conclusion that nuclear tests have a much more serious impact on the planet than previously thought. This is true at least in the case with the bombings that made the US and the USSR.

Nuclear testing has left its mark not only in the earth’s atmosphere but also in soil and the annual rings of trees. There have accumulated carbon-14 is a natural radioactive isotope, which occurs during the decay of nuclei of plutonium and uranium in reactors and atomic bombs. Researchers believe carbon-14 is a reliable indicator of the age of the paleontological and archaeological artifacts. It is worth saying that before 1963, it has been uncontrolled growth in the earth’s atmosphere. Then the most powerful country in the world agreed to end air tests that have influenced this trend.

Scientists have been trying to find out exactly how on the ecological situation on the Earth has effect numerous nuclear tests conducted during the cold war. Increasingly there are reminders of how far we are from understanding all the consequences of nuclear weapons testing. Now their findings was presented by the researchers from the Institute of nuclear physics SB RAS in Novosibirsk. And they can have far-reaching consequences.

The researchers conducted radiocarbon analysis of tree rings of pine growing in Akademgorodok more than a hundred years. Each ring was allocated cellulose. Then it was dissolved and made piece-by-piece counting of carbon-14 by their acceleration to high speeds and passing through the mass spectrometer. Based on these data, scientists have found that Siberian pine contain traces of not only Soviet, but also American tests. Annual rings of the 50-s and 60-ies of XX century had a surplus of carbon-14, comparable to growth rings of trees in the United States.

See also:  Scientists have made a surprising discovery about the pink Flamingo

The authors believe that they applied the technique can be used in the study of a number of monuments of culture. For example, if you want to identify the exact age of the paintings.