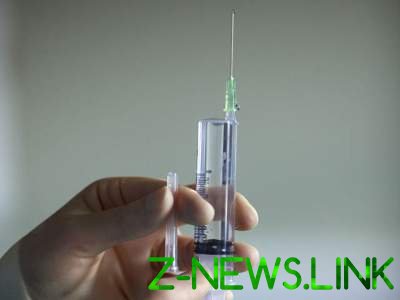 In the United States successfully conducted the first phase of human studies of cancer vaccine. The principle of its operation is that it adjusts on provoking the destruction of the tumor protein GUCY2C immune system.

The vaccine was developed by scientists from Thomas Jefferson University in Philadelphia. As the researchers note, the immune system has its own resources to combat tumors: in particular, such a resource are T cells that are endowed with specific receptors capable of responding to any cells in which the immune system sees the threat. In particular, they can target tumor cells for their further destruction.

In the first phase of the vaccine trials involved 10 patients with the first and second stage of bowel cancer. They did one injection of the vaccine, and then blood was taken after 30, 90 and 180 days after vaccination. The blood test showed that the vaccine increased the activity of specific immune T cells recognizing and destroying cancer cells, which have intensified under the influence of GUCY2C responsible for the occurrence of colorectal cancer. These results were assessed as very successful.

“We got the first evidence that it is safe to send the own immune system of the patient on the search and destroy of colon cancer,” said scientists at the end of the test.

According to a recent study, protein GUCY2C is also an antigen other cancers. Thus, it is hoped that the vaccine will be effective not only in colorectal cancer.

Currently, researchers are preparing for the second phase of experiments involved a larger number of patients, which starts in a few months.