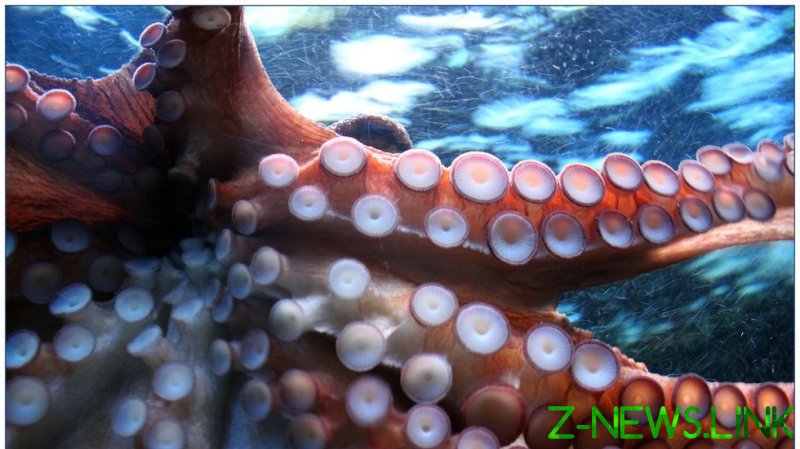 Marine biologist Eduardo Sampaio from the University of Lisbon in Portugal shared stunning video purporting to show the ornery octopuses taking their frustrations out on their fishing partners.

Not wanting to pick sides in the deep sea dust-ups, in their recently published paper, Sampaio and his fellow researchers refer to the barbarous behavior as “active displacement” of fish.

The Octopus cyanea teams up with a variety of fish species in the Red Sea, including squirrelfish and lyretails, to chase, and trap prey. The fish will often corral their finned compatriots, at which point the octopus will deliver a deft knockout punch and the feeding frenzy can begin.

“[T]he octopus performs a swift, explosive motion with one arm directed at a specific fish partner, which we refer to as punching,” the researchers write.

However, in an apparent vulgar display of power, the octopuses were observed on occasion exerting dominance over their fishing partners mid-hunt, or mid-feast, by striking them.

The scientists posit it may be a rather cruel means of discipling or motivating their hunting partners, either deterring them from prey or rather forcefully altering formation to improve the haul at the end of the hunt.

In addition, they witnessed several hangers-on hoping to feast on the rewards from the hunt without expending any effort who were subject to ferocious corporal punishment.

However, there were some random strikes thrown that didn’t immediately appear to be practical in purpose, and may just have been out of pure spite.

“In these cases, two different theoretical scenarios are possible. In the first one, benefits are disregarded entirely by the octopus, and punching is a spiteful behaviour, used to impose a cost on the fish,” the researchers write.

“In the other theoretical scenario, punching may be a form of aggression with delayed benefits (i.e. direct negative reciprocity or punishment), where the octopus pays a small cost to impose a heavier one on the misbehaving partner, in an effort to promote collaborative behaviour in the following interactions.”