Scientists began experiments on the destruction of space debris 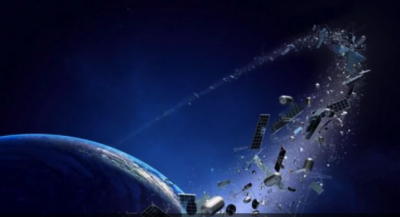 After 5 years since the beginning of the development of technologies to test these interesting systems in this field.

RemoveDEBRIS began testing the technology for the destruction of space debris with the help of equipment built by the world’s leading producer of satellites, Surrey Satellite Technology Limited. Satellite is a technology developed by Airbus.

This technology is one of the world’s first attempts to solve the problems associated with increasing hazard of space debris orbiting the Earth. Mission RemoveDEBRIS will try to capture the simulation of space debris using a net and harpoon, and will test cutting-edge camera and radar system.

After these experiments are completed, he will deploy a sailboat to bring out all the collected debris into orbit, where it will be incinerated.

If the experiment is successful, technologies used in RemoveDEBRIS may be included in other missions in the near future,– said the Professor, Guglielmo, Aglietti.

It should be noted that RemoveDEBRIS was launched with a spacecraft SpaceX Dragon in April, and the entire project is funded by the European Commission.