Home / INCREDIBLE / Scientists announced the appearance of a second Sun

Scientists announced the appearance of a second Sun 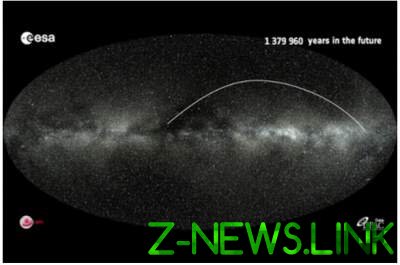 The boundaries of the Solar system are determined in two ways.

Scientists of the Gaia mission has identified the timing of the onset on the Earth asteroid-comet collapse when the gravitational limits of the Solar system will enter an orange dwarf Gliese 710. It is reported by the European space Agency.

According to calculations, approximately 1.3 million years Gliese 710 will be about 16 thousand astronomical units from the Sun. This is approximately equal to the distance from the Sun to the Oort cloud, the most remote region of the Solar system containing asteroids, comets and planetoids. On the other hand, it is several times smaller than the radius of the hill sphere that defines the boundaries of the Solar system.

The approach of Gliese 710 to the Sun will lead to the gravitational perturbation of the orbits of the heavenly bodies from the Oort cloud, some of them begin to migrate into the Solar system, where the Land is situated.

To such conclusions scientists came and presented a second version of the Gaia catalogue, which contains information about the position and the displacement of more than half a billion stars in the milky Way.

The boundaries of the Solar system are determined in two ways. The first is based on tracking the position of the heliopause — a region that separates the heliosphere of a star, the magnetic analogue of the atmospheres of planets from interstellar space, the second boundaries of the hill sphere.