Home / WORLD / Schrodinger’s minority: Why do the left only get angry about anti-Asian violence when it’s done by whites & otherwise ignore it?

Schrodinger’s minority: Why do the left only get angry about anti-Asian violence when it’s done by whites & otherwise ignore it? 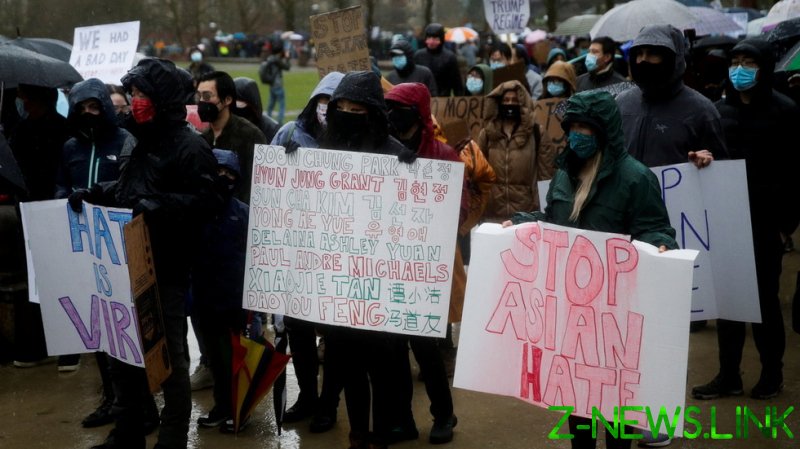 Decrying any sort of race-based violence is not a bad thing. In fact, it would be rather weird if people didn’t. One thing that will get people here in America to give you the side-eye is the timing and the policy prescriptions that come afterwards. The current case in point is the shooting in Atlanta that targeted massage parlors owned by, and employing, people of Asian origin.

The Democrats were quick to decry the violence, but it was attached to the same song and dance that we’ve seen over the last four years. They blamed guns and Trump. I don’t know if anyone let them know this, but guns don’t fire themselves and Trump is no longer president.

All sarcasm aside, the former president never spoke ill of Asian Americans, but of the Chinese government. Beyond that, firearms alone don’t make a killer. But the left knows all of that.

So why – when they ignored so many previous attacks on Asian Americans (there were more than 3,800 incidents of such violence last year, up by more than 150% in some cities) – have the Democrats come out so strongly now?

The timing makes people raise their eyebrows. Especially considering that there was another Asian-targeted shooting in Compton that they aren’t making a stink about. And why is that? Well, there is the distinct possibility that the shooter in that case may not have been white.

When you see an entire political wing come across like they are picking and choosing the outrage du jour, you start to wonder about the sincerity of it all. There have been several attacks in the Bay Area against Asians in the past, but you wouldn’t have heard much of a peep about them because the perpetrators were black. Now, I don’t believe these attacks say anything about black folks. The problem here is the selective outrage that the Democrats love to employ, blaming racist violence on three very specific things only: guns, Trump and white people.

This isn’t the first time we have seen this from the political left. In the wake of synagogue shootings during Trump’s presidency, there was quite a bit of talk about those three particular groups that Democrats love to blame. What was not discussed was the black-on-Jew violence that was very prevalent, in New York and New Jersey particularly, prior to the shootings.

This is what we call a case of Schrodinger’s minority. You will often see left-leaning outlets and politicians speak very loudly when certain minorities are victims of crimes, but in other cases, when they are victimized by another minority group or a left-leaning institution, there is no sympathy.

This is an interesting phenomenon when it comes to the left because it obviously runs counter to what they say they believe. It makes people wonder why the outrage is so selective. And then, when people think about it a little bit more, they start to realize that the only reason that the outrage exists is for political purposes. It also shows that the further these individuals pursue the woke ideology of intersectionality, the further they fall away from the ideals of true equality based in the Constitution.

It has long been an American belief that all men and women are created equal. As such, all Americans should be equally incensed whatever one of our own is killed by some psychopath. But when the politicians only seem to care when they can use you, and other people with the same skin color as you, like tools, people will start to realize that they’re just pawns in a game. No wonder so many Asian Americans are fed up with these dual-standards.

As one Asian American writes succinctly in an angry letter addressed to ‘Dear white Liberals’: “You use our victimhood, turning it into your political gains… one moment we are categorized with the ‘Whites’ when we are applying for colleges and universities and we don’t get the same affirmative action benefits of other POC when applying for a job –  yet [then] we are marginalized victims again, to serve your political purpose.

“You’ve written us off. You’ve ignored us. And you didn’t care for so long. But, now, you tell us you care? Don’t play us for fools. We see you for the hypocritical players that you are.”