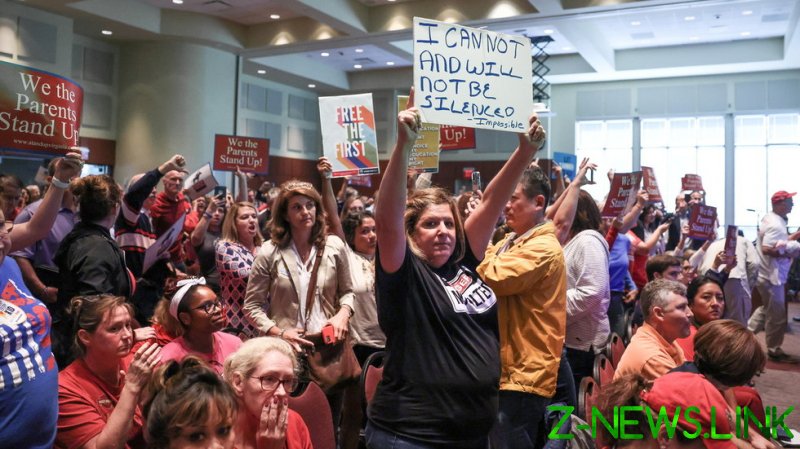 “This misguided approach has made our work and that of many school boards more difficult,” PSBA said.

The most recent national controversy surrounding a letter to President Biden suggesting that some parents should be considered domestic terrorists was the final straw.

The state group added that NSBA’s call for federal intervention against parents who are irate over school curriculums and policies has “fomented more disputes and cast partisanship on our work on behalf of school directors.” PSBA said it seeks to “find common ground” and support all school boards, “no matter their politics.”

The NSBA letter to Biden, which was sent late last month, resulted in the US Department of Justice responding just a week later by announcing that the FBI would be investigating threats against school officials and staffers. NSBA executive director Chip Slaven praised the swift federal crackdown as “a strong message to individuals with violent intent who are focused on causing chaos, disrupting public schools and driving wedges between school boards and the parents, students and communities they serve.”

The trade group’s letter encouraged the Biden administration to investigate and classify the “heinous actions” of parents who allegedly threatened school officials as a form of “domestic terrorism and hate crimes.”

School board meetings across the US in recent months have featured calls for resignations and demands that curriculums be reformed after parents realized that in many cases, children are being taught that white people are racist oppressors and non-white people are victims of systemic racism. Parents also challenged curriculums that they considered anti-American, as well as such policies as teaching about gender identity as early as kindergarten. Allowing transgender students to use the bathrooms and locker rooms of their choice also has been contentious.

A parent in Loudoun County, Virginia, was tackled by police and arrested after an emotional outburst at a school board meeting in June. That parent, Scott Smith, now plans to sue school officials for mishandling and allegedly trying to cover up the rape of his daughter by a 14-year-old male student who exploited the district’s gender-affirmation policies to access the girls’ restroom. The same “gender fluid” student allegedly raped another girl after being transferred to another Loudoun County school.

Smith accused the Loudoun County School Board of smearing him as a dangerous troublemaker for political reasons, and he said the coverup gave the alleged rapist an opportunity to victimize another young girl.