Home / WORLD / Scholarship in the age of wokeness: Top 10 ACADEMIC targets of cancel culture in 2020

Scholarship in the age of wokeness: Top 10 ACADEMIC targets of cancel culture in 2020 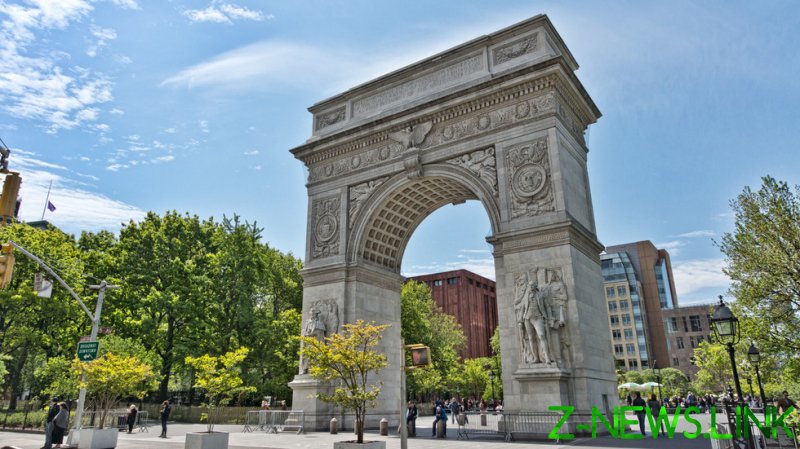 Academics are supposed to be engaged in the disinterested pursuit of truth. And universities are meant to be places where you attack the argument, not the man. But in recent years, many scholars in the English-speaking world have found themselves embroiled in controversies just for expressing an unorthodox opinion or – in one case – pronouncing a Chinese word correctly. The individuals below were all targeted for cancellation in 2020. Some were investigated by their employers, others lost book contracts, speaking engagements and even university positions.

On June 2, Professor Gordon Klein (who has taught at UCLA for 39 years) received an email from one of his students calling for “leniency with black students” in light of recent “traumas.” He replied by asking, rhetorically, how he could identify the black students (given that classes had been online) and whether he should give mixed-race students a full concession or only half. He also suggested that the student’s request would violate Martin Luther King’s maxim not to judge people by the color of their skin. Later that day, a petition was launched demanding Klein’s termination, based on his “woefully racist response” to the student’s email. (It eventually garnered more than 20,000 signatures.) The university put Klein on leave while it ‘investigated’ the incident, but he was subsequently reinstated.

In a series of tweets posted on June 8, Professor Harald Uhlig compared Black Lives Matter activists who support Defund the Police to “flat-earthers and creationists.” The next day, a petition was launched calling for Uhlig’s resignation as editor of the Journal of Political Economy. It accused Uhlig of “trivializing the Black Lives Matter (BLM) movement” and marginalizing “people of color and their allies in the economics profession.” Then on June 11, one of Uhlig’s former students – who is black – claimed that Uhlig had belittled him in class six years earlier. Uhlig’s employer, the University of Chicago, looked into the matter, but found no basis for further investigation. However, the Chicago Fed severed its ties with Uhlig, noting that his views are not compatible with the bank’s “commitment to diversity, equity and inclusion.”

Professor Bruce Gilley has been a wanted man ever since he published his article ‘The Case for Colonialism’ in 2017. The latest attempt to cancel him came on September 26 when a petition was launched calling for the termination of his new book series, ‘Problems of Anti-Colonialism’. (The petition’s organiser, incidentally, describes the Revolutionary Communist Party of Canada as an “organization I support and promote.”) Three days later, Gilley received notice from his publisher that the petition had achieved its aim. The embattled professor then came out fighting: he shared letters from distinguished colleagues criticizing the publisher’s capitulation; and announced in the Wall Street Journal that “this sort of publicity is hard to buy.” Although the publisher refused to backpedal, Gilley managed to find a new home for his book series.

A respected scholar of women’s history and former president of the Socialist Educational Association, Professor Selina Todd is an unlikely victim of cancel culture. But in 2020, if your views aren’t 100 percent in line with prevailing orthodoxy, you’re not exempt from cancellation. Back in February, Todd was disinvited from the 50th anniversary of the National Women’s Liberation Conference (an event that she herself had helped to organize) under pressure from trans activists. The activists, who threatened to boycott the event unless Todd’s invitation was withdrawn, objected to her involvement with the organization Woman’s Place UK, which has been described as a “trans-exclusionist hate group.” However, Todd refuted the allegation that she is “transphobic,” and said that some groups of people “just refuse to engage in civilized debate.”

On July 21, Professor Lawrence Mead published an article in the journal Society, which argued that higher poverty rates among blacks and Hispanics are due to culture, not discrimination. Three days later, the article came to the attention of Twitter activists, one of whom said, “F*** WHOMEVER ALLOWED THIS TO GET PUBLISHED!” Two petitions were then launched. According to one, which eventually garnered 3,510 signatures, Mead’s article expressed “racially violent narratives directed at the Black and Latina/o/X community.” Next, Mead was denounced by his own university, and separately by the directors of ten poverty research centers. On July 31, his article was retracted. Mead, however, refused to back down. In a statement to Campus Reform, he maintained, “There is no evidence” that serious multigenerational poverty is caused by racism.

Back in December of 2019, graduate student Nathan Cofnas published a paper titled ‘Research on group differences in intelligence: A defense of free inquiry’ in the journal Philosophical Psychology. On January 20, the paper came under attack from academic activists. One individual (who has since earned the nickname ‘Mafia Mark’) told Cofnas, “You’re about to learn why people generally avoid f***ing with me,” and called for a boycott of Philosophical Psychology. When asked whether he was physically threatening Cofnas, the academic in question (who later received a lavish grant to study ‘intellectual humility’) clarified, “Nah, just ruin his reputation permanently and deservedly.” That same individual then launched a petition demanding an “apology, retraction, or resignation” from the journal editors, but it was unsuccessful.

Professor Stephen Hsu had served as senior vice president for research and innovation at Michigan State University for eight years. In a series of tweets posted on June 10, the MSU Graduate Employees Union called for his removal, describing him as a “scientific racist and eugenicist.” Two petitions were launched, one of which was signed by a large number of Hsu’s colleagues at MSU. (Both petitions emphasised the university’s “commitment to diversity, equity and inclusion”.) Hsu rebutted the accusations against him on his blog, and shared letters from various academics offering comprehensive rebuttals of their own. There was also a counter-petition, which was eventually signed by 2,466 people. But these efforts were to no avail. On June 19, MSU’s president asked Hsu to resign.

The trouble started for Dr. Bo Winegard when he was invited to give a talk on human biological variation at the University of Alabama. During the Q&A, Winegard was accused of ‘racism’ for suggesting that genes might contribute to psychological differences between populations. Two weeks later, the academics who had invited him (and who had approved his talk) issued an embarrassing apology, describing his views as “non-scientific.” Winegard was subsequently called for a meeting with his bosses, and told to be more “strategic” in the future. Next, an anonymous activist began emailing his colleagues with links to supposedly offensive material he had written. This prompted another meeting, which was apparently “less congenial” than the first. A few days after Winegard published another paper on human biological variation, he was informed that his contract would not be renewed.

The single most ridiculous cancellation of 2020 involved Professor Greg Patton at the University of Southern California. On August 20, Patton – an expert in communication – was giving an online seminar about the use of pause or filler words (like ‘umm’ and ‘err’). He noted that Chinese speakers use ‘that’ as a filler word, which is pronounced ‘nega’. As Patton said, “so in China it might be ‘nega, nega, nega, nega.’” However, because ‘nega’ sounds similar to a racial slur, a group of students complained. In a letter to the dean, they described Patton’s use of the term as “hurtful,” adding, “We should not be made to fight for our sense of peace and mental well-being.” Patton was then suspended from teaching the course. A leaked report subsequently revealed that his colleagues felt “betrayed” and were “scared of students.”