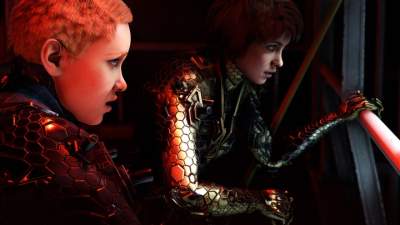 In Youngblood, the developers implement the full open world, which you can freely explore.

Bethesda Softworks decided on the exact release date shooter Wolfenstein: Youngblood. The game will go on sale on 26 June of this year in versions for PC, PS4, Xbox One, and Switch. In honor of this event the company released the story trailer project Turbo Killer song performed by Carpenter Brut.

Unlike the last two parts of Wolfenstein, Youngblood developers implement the full open world, which you can freely explore – MachineGames helped Arkane Studio responsible for Dishonored and Prey. Exploring Paris and engaging in a firefight with the Nazis, you will increase the level of heroines is open access to the abilities, improvements to weapons, cosmetic items and different devices. It is noted that the mission will allow you to perform in any sequence.

See also:  Remedy has introduced a new video diary about the creation of the Control

Bethesda Softworks has already begun accepting pre-orders for standard and Deluxe editions of the game. The latter, in addition to the shooter, includes a set of Buddy Pass, allow through the entire campaign with a friend, even if he has no game, and a set of Cyborg Skin Pack with titanium colors for firearms, energiebron, knives and hatchets.

See also:  Dark Bunny in 4K: Footage, trailer and excerpt from the re-release of the cult classic, "Donnie Darko"