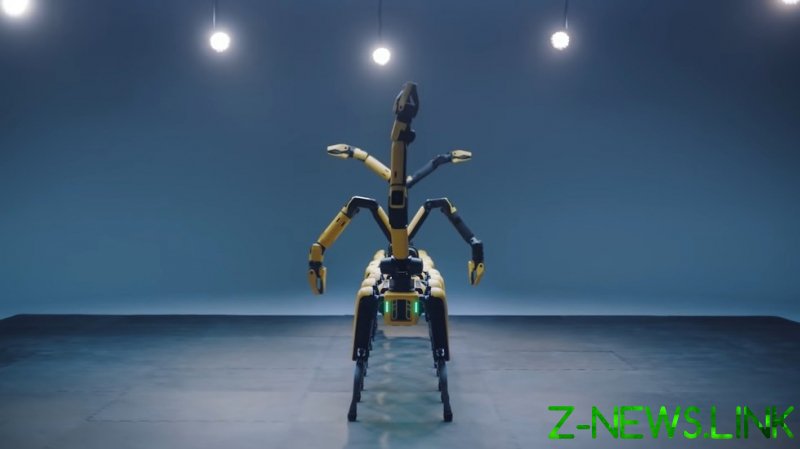 Though it announced the completion of the acquisition last week in a press release, Boston Dynamics decided to mark the occasion in style on Tuesday.

The video shows five of its dog-like ‘Spot’ robots dancing to the song ‘IONIQ: I’m On It’ by South Korean boy band BTS, and demonstrates the precision and complexity of its machines, which feature long arm-like appendages with claws.

Many social media users praised the new clip – which followed the release of a similarly cleverly choreographed number in December – but not all were quite as enthusiastic.

“I’m not so thrilled by the scary dance video, tbh,” commented one user, while others called the dance “horrifying” and dystopian.

“I hate these f***ing robots. I hate how they try to pretend it’s not an advancement for the police state,” declared one woman. Boston Dynamics was also criticized for having “sold out to the South Koreans,” with an US-based commenter complaining, “Can’t we keep any technology here in America anymore?”

Hyundai purchased a controlling interest in Boston Dynamics from the Japanese company SoftBank. The robotics firm was valued at $1.1 billion during the deal.