‘Scapegoating China cannot whitewash the US’: Beijing blasts Washington ahead of American report into Covid-19 origins 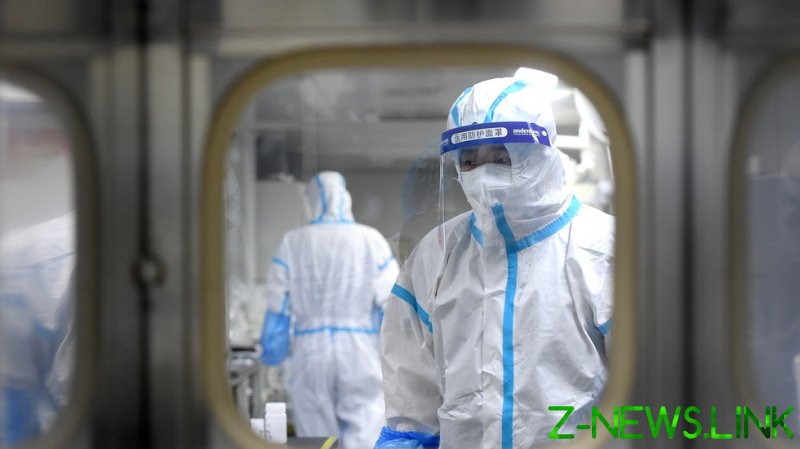 Fu Cong, Director-General of China’s Ministry of Foreign Affairs’ arms control department, demanded on Wednesday that the US investigate its own laboratories as China and the world await the findings of the US intelligence report on the origins of the virus.

Fu warned the US that blaming China would not absolve Washington of any guilt, and once again declared that there was no truth to the theory that Covid-19 leaked from a Chinese laboratory. “It is only fair that if the US insists that this is a valid hypothesis, they should do their turn and invite the investigation into their labs,” the Chinese official told a briefing.

“Scapegoating China cannot whitewash the US,” Fu stated, adding that Washington should refrain from the “politicization” of where the Covid-19 pandemic began.

Earlier this week the White House press secretary stated that the report, which was due to be finished on Tuesday, would take a few days longer as an unclassified document needed to be prepared for release.

While the US has not dropped the theory that the virus escaped from a Wuhan-based laboratory, China has pointed figures at the American lab in Fort Detrick, Maryland.

World Health Organization experts spent around a month in China earlier this year. Their visit concluded with a report that suggested cases identified in Wuhan in 2019 were believed to have been acquired from “a zoonotic source, as many reported visiting or working in the Huanan Wholesale Seafood Market.”

Beijing refused to take part in a second probe, and in July WHO Director-General Tedros Adhanom Ghebreyesus said that China had still not provided raw data from the early days of the pandemic.