Home / Society / Scandal in NPU Dragomanova: teachers will be punished for violation of student rights

Scandal in NPU Dragomanova: teachers will be punished for violation of student rights 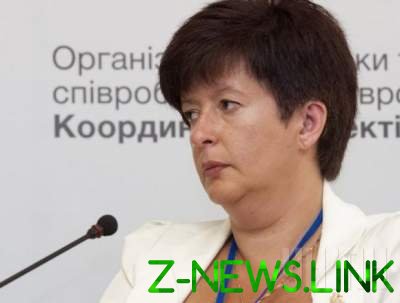 Teachers of the University will be punished for what they sent students to the prayer, instead of pairs.

Commissioner for human rights Valeria Lutkovska said that the sending of students the leadership of the NPU. Dragomanov during a training exercise on a prayer is a violation of their rights. About it reports a press-service of the Ombudsman.

The statement noted that the leadership of the NPU. Dragomanov informed that in accordance with the decree of the rector has taken all measures to “strict compliance with further provisions of the law on education”.

“At the same time, relative to the teachers who forced students to attend a “Solemn prayer”, taken disciplinary actions,” – said in the message.

Also Lutkovska added that earlier in the Ministry of education and science and the management of the NPU. Dragomanov was sent a letter demanding to take immediate response measures, aimed at ensuring strict compliance with the provisions of the law on education and to prevent similar situations in the future.

Earlier it was reported that on September 29 the students of the National pedagogical University. Drahomanov steam is sent to the “ceremonial prayer” in the Vladimir Cathedral. In social networks began to spread photos of correspondence students, which means that they were forced to go to this event. Besides, girls were asked to take the handkerchiefs and to wear skirts. Students came to the prayer with inscriptions on the back “I was forced to come here instead of steam.”

See also:  Around the Kiev school broke the scandal