Home / WORLD / Scandal-hit editor of German tabloid Bild back at work after being cleared in sex probe, will share leadership with female chief

Scandal-hit editor of German tabloid Bild back at work after being cleared in sex probe, will share leadership with female chief 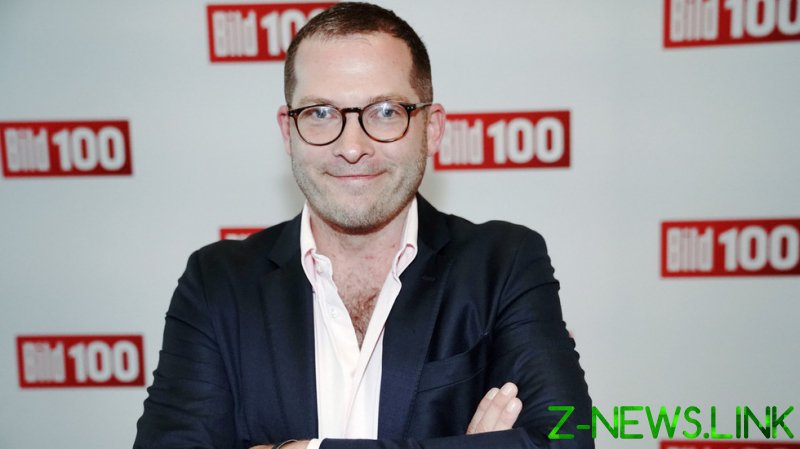 Reichelt was put on leave earlier this month to allow an investigation to proceed into his alleged misconduct after Der Spiegel magazine revealed that as many as six female Bild employees had made anonymous complaints against him.

A four-week, in-house probe into Reichelt, which had involved external experts, focused not only on the journalist’s alleged sexual improprieties, but also investigated reports of his alleged drug use in the office, and “abuse of power in connection with consensual relationships,” publisher Axel Springer said, noting that the investigators found that no sexual crimes had taken place.

While denying the more serious allegations, Reichelt “admitted the mixing of professional and private relationships,” the firm noted.

The publisher added that there were no grounds to remove Reichelt, who will return to the newsroom in a joint leadership role alongside Alexandra Wurzbach, the editor of the paper’s Sunday edition.

Reichelt will now focus on print and digital, while Wurzbach will take over staff and editorial management responsibilities.

Axel Springer CEO Mathias Dopfner said that, while legal action was not necessary, there is a “need for change in the management culture” at Bild.

The tabloid has been beset by sexual harassment allegations before, including against his predecessor Kai Diekmann, who left the paper amid a swirl of claims in 2017.

Reichelt, who joined the paper in 2018, has apologized for “hurting” staff for whom he was responsible, and admitted making “mistakes in my dealings with colleagues.”

He previously denied claims that he adopted a “f**k, promote, fire” approach towards female staff and has now pledged to build a better office culture.