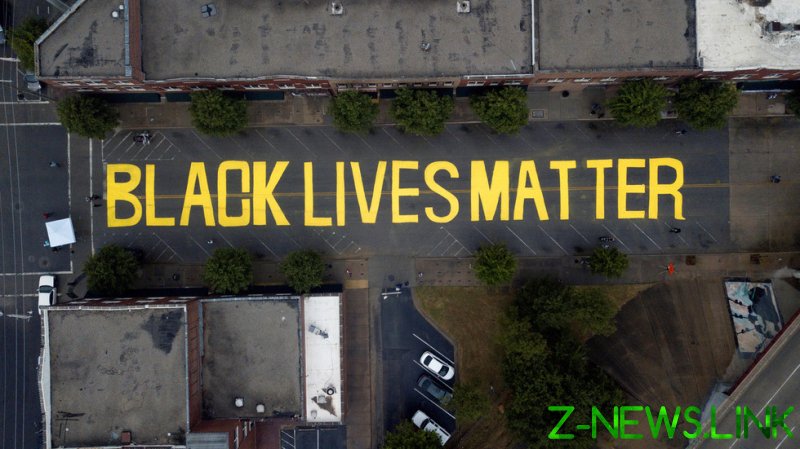 Ohio man Sir Maejor Page, 32, was slapped with four federal counts this week, the DOJ announced in a statement on Friday, accusing him of making “fraudulent misrepresentations” to contributors to the phony BLM group, which was portrayed as a tax-exempt charity based in Atlanta, Georgia. Officials claim he ultimately took in more than $450,000.

“Page is accused of using unprecedented tensions and uncertainty due to widespread civil unrest and a global pandemic to fill his own bank account,” said FBI Special Agent in Charge Eric B. Smith.

Initially arrested by the FBI last September, Page is said to have established the Black Lives Matter of Greater Atlanta (BLMGA) group in early 2016, at which point it was formally registered as a non-profit organization. However, while the group’s tax-exempt charity status was revoked by Georgia authorities in 2019 after Page failed to submit the proper forms for three consecutive years, he continued to rake in money, telling donors in private chats that their funds would be “used to combat racial and social injustices,” according to the DOJ. Much of that fundraising was done through Facebook, which was unaware the group’s non-profit corporation had been dissolved.

“As a result, BMLGA’s Facebook page continued to be displayed as a non-profit organization with a donation button through the end of September 2020, and Facebook continued to collect and disperse the purported charity donations on a bi-monthly basis,” the department continued.

Page then allegedly took those funds and blew “a substantial portion” on personal expenses, including clothes, entertainment, hotel rooms and – in the largest sum – property he intended to make his personal residence. He is said to have concealed the latter purchase by putting its title under the name “Hi Frequency Ohio,” while also entering into a nondisclosure agreement with the seller so as to keep his involvement and use of donor money under wraps.

A criminal complaint filed against Page earlier this week shows the government seized more than $250,000 in forfeitures from a Bank of America count under the BLMGA name, as well as the property bought with the proceeds.

While he has since been released from custody on a $10,000 bond, according to an Ohio ABC affiliate, he faces up to 20 years in prison for each of the four counts, as well as hundreds of thousands of dollars in fines. His next court hearing is set for March 17.