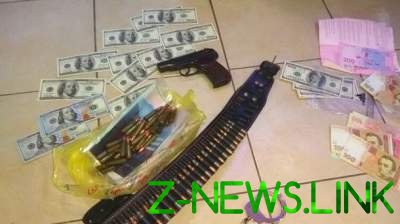 In the Luhansk region security service of Ukraine liquidated the corruption mechanism of extortion of bribes from truckers. About it reports a press-Department service.

“Employees of the Main Department of security service of Ukraine in Donetsk and Lugansk regions under the procedural management of Prosecutor’s office eliminated corruption, a systematic extortion of bribes from truckers Luhansk region”, – said the press service.

Noted that corruption mechanism was created by two employees “Ukrtransstroy” in the Luhansk region and employee of the National police. The attackers collected monthly at six thousand private entrepreneurs. If truckers refused, the dealers were creating artificial problems, including disrupted work on the trails.

Also in the framework of criminal proceedings found that corruption mechanism operated from April 2017. The attackers were forced to pay “tribute” of fifty private carriers Luhansk region, receiving a monthly “profit” sizes in the hundreds of thousands of hryvnia.

It is noteworthy that the police detained the organizers of the criminal scheme in Severodonetsk during the next “tranche”.

“When conducting searches in office offices, apartments and in cars of malefactors militiamen found and seized evidence of criminal activity – the “black accounts” and the cash received from carriers,” – said the Agency.
Currently ongoing pre-trial investigation under part 3 St. 368 Criminal code of Ukraine.