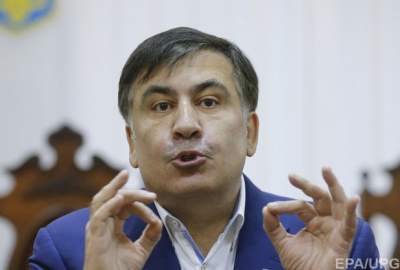 Examination confirmed the authenticity of the voices on the recordings.

Press Secretary of the Prosecutor General of Ukraine Larisa Sargan said that examination confirmed the authenticity of the voices on the audio recordings of conversation between Mikheil Saakashvili and fugitive businessman Sergei Kurchenko.

“Ukrainian scientific-research Institute of special equipment and judicial examinations of the SBU conducted a phonoscopic examination, confirming подлинноnv.East of votes at the recorded talks between Saakashvili and Kurchenko,” wrote Gar on Facebook.

The Prosecutor General’s office suspects political activities Saakashvili sponsored by Ukrainian oligarch Kurchenko, who, along with another entourage of Viktor Yanukovych fled from Ukraine. The money was supposed to go to the organization “of disobedience” to resolve the current government in Ukraine.

Prosecutor General Yury Lutsenko also said the failure of the Ukrainian special services planned by the FSB special operation “Russian winter”, which was realized with the help of Saakashvili’s party the movement of new forces.