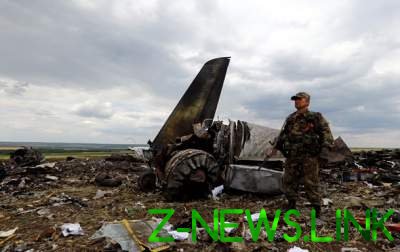 Published the audio recording confirms the involvement of a Carpenter to the shelling of the Ukrainian Il-76.

SBU I published record telephone conversations of the leader “LNR” Igor Plotnitsky and the head of the PMC Wagner Dmitry Utkin, proving their involvement in the shelling of the Ukrainian Il-76.

In particular, presents a conversation with Carpenter one of the “commanders” of a battalion of fighters Andrei Patrushev, during which he reports about the downed plane.

Also published a recorded conversation Utkin with the General-the major of armed forces of the Russian Federation Evgeny Nikiforov (Tambov). Fighter according to the Russian military on casualties, and that allows him to retreat.

In addition, the disclosed Utkin conversation with his Deputy Andrey Troshev.

Earlier the head of SBU Vasyl Hrytsak said that the plane was shot down directly by the members of the PMC Wagner.

June 14, 2014, terrorists shot down a Ukrainian military transport aircraft Il-76 at landing approach at the airport of Lugansk. On Board the plane were nine crew members and 40 paratroopers 25-th separate Dnepropetrovsk airborne brigade. They all died.