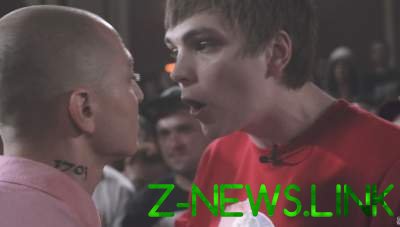 Security was out in the statements of the musician’s “illegal” actions.

SBU has banned entry to Russian Vyacheslav Masnou rapper, known under the pseudonym Purulent, reports “Apostrophe” with reference to the response agencies.

Stated that Purulent “illegally crossed the border of Ukraine,” arriving in occupied Crimea, where he held a speech.

Related news: Since the beginning of the year Ukraine has banned the entry of 70 artists visited occupied Crimea – gpsu
This States that the rapper scored a sharp and insulting statements addressed to Ukraine.

“It is reported that the security Service of Ukraine decided to ban the entry you specified in the query person”, — reported in the response of the SBU.

In the document there is no information how long the rapper became persona non grata in Ukraine.