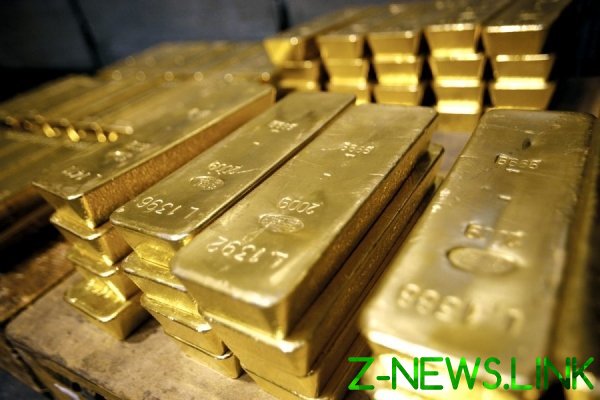 By the end of April they sent abroad 4.6 tons of precious metal – 15% more than in March, estimated by “Interfax” on the basis of statistics of the Central Bank.

Two months banks sold to foreign customers 8.6 tons of ingots, which are widely hoarded in safes in the last two years.

Gold reserves in banks decrease for the sixth consecutive month since November, the export took 17 tons of precious metal.

The largest and de facto the only seller in April was Sberbank, from the vaults of which took 5.5 tons. Total gold reserves in the largest state Bank of the Russian Federation fell by 37.7%.

The ban on international air travel broke the traditional channel of exports of gold in the baggage compartments of passenger aircraft. The bankers have gotten away with chartered Charter flights, told “Interfax” a source in the Bank-participant of the market of precious metals.

Ships with bars going to London. “Since April, organized special flights for the prompt delivery (at least once a week) precious metals (gold, silver) from Russia to the UK. The export is carried out both by banks and subsoil users”, – said the banker.

Until last year, almost all of the country’s gold is buying in the reserves of the Bank of Russia, but on April 1, he stopped the replenishment of gold reserves to the export of the precious metal to cover the lack of petrodollars and patch “holes” in the balance of payments.

The Russian government decided to give mining companies a General license for export, de facto opening the door to the export of all gold mined in the country.

Although industrial demand for gold declined sharply, the failure to fully compensate private investors who seek to invest in precious metals via exchange-traded funds.

In April, global gold ETF funds increased the reserves of 170 tons, to a new historic high of 3,355 tons. Net inflows in monetary terms amounted to 9.3 billion, estimate analysts at PSB.

Investors shelter in the gold from the risks associated with pandemic COVID-19, which, along with monetary easing by Central banks will cause growth of demand for precious metals, says PSB.