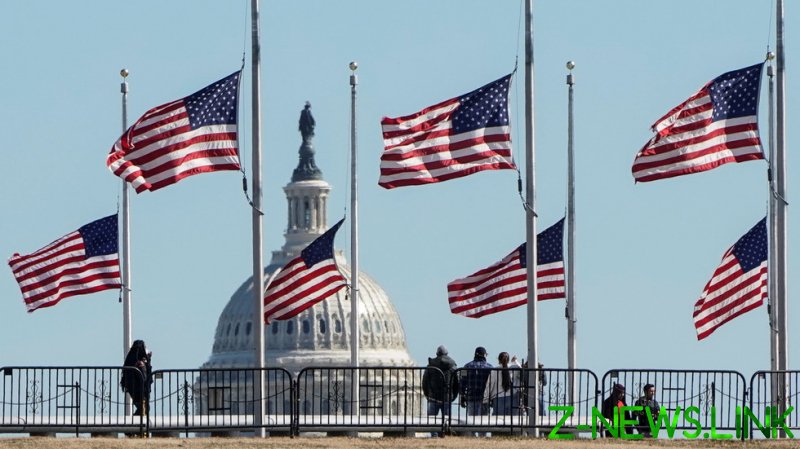 A few days ago, I arrived in the United States to spend a few weeks visiting friends as things begin to safely open back up. Within less than a day, I was able to get my first Covid-19 vaccine dose and already have my second scheduled. It speaks to how widely available the vaccine, a shot of hope for many, is here.

In some ways this feels like a victory, especially considering the hellish year the US in particular has been through. But it isn’t at all.

Writing for Foreign Policy, Hal Brands recently authored a piece titled ‘America’s Come-From-Behind Pandemic Victory’, which is full of the same unnecessary chauvinism characteristic of many American intellectuals and is, as a fellow US citizen, deeply insulting.

There need not be a winner – except for the world itself, perhaps – when it comes to a global pandemic, but even then America has not yet “won” in any real sense and, once the spread of the disease is under control, it would be impossible to call everything that’s happened a win.

Of course, Brands’ piece obviously has a clear political objective and is basically indistinguishable from US government PR material.

As Brands wrote, “The world’s understanding of the pandemic’s impacts is likely to only become more favorable to the United States over time – and its fallout may ultimately prove disastrous for China’s global ambitions.”

Without quoting the ideological jargon verbatim, Brands basically admits that China was able to beat Western expectations and contain its Covid-19 outbreak. This allowed China to engage in so-called “vaccine diplomacy,” while the US “had little option but to pursue ruthless vaccine nationalism.”

This obviously omits many uncomfortable facts. For example, the fact that the US has been blocking the export of AstraZeneca vaccines produced domestically to other countries, including allies in Europe, which aren’t even approved for use in the US itself.

The US is also making vaccine development efforts in other countries, for example Cuba, more difficult through unilateral sanctions and encouraging other countries not to use Russia or China’s vaccines.

On top of this, the US is against suspending intellectual property rights on vaccines and therapeutics. When coupled with the other previously mentioned examples, this serves no other purpose than to enrich Western countries’ pharmaceutical industries.

This all is to say that the scarcity driving America’s ruthless vaccine nationalism is very much artificial.

Brands continues in his piece to say that China’s “mask diplomacy” in spring 2020 is an example of how Beijing’s response was overhyped. However, as my colleagues found in Europe, many of the stories of faulty tests or personal protective equipment were overblown or were outright fabrications signal-boosted by the American media.

It is undeniable that China’s medical supply shipments were a game-changer in the early stages of the pandemic, and things could have been far worse. That was certainly the case here.

Brands also repeats an outright lie, which is that China did not provide reliable information on Covid-19, and cites this as the reason why perceptions of China in the US have plummeted.

As the Lancet’s Richard Horton said in February, the Chinese government provided details to the international community – even though local authorities in Wuhan initially tried to suppress information – including dozens of academic papers and even the virus’ genetic sequence, which is a feat that would have been unthinkable in the not-so-distant past. The problem was that all of this information was ignored.

Instead, the reason for the plummet is exactly what Horton said: governments that failed to contain their Covid-19 outbreaks are scapegoating China to hide their own failures. And I would add that people like Brands are simply parroting this desperate, hate-inspiring PR effort.

What really speaks the most to how misanthropic and warped Brands’ piece is, however, is the fact that it trivializes the death of over 560,000 Americans and focuses on petty geopolitics. Any conversation about wins and losses during the pandemic that doesn’t have human life as its foundation is not worth having.

We are talking about human beings with lives as rich and lucid as anyone else’s. Each and every American has been affected by this pandemic. But the key detail that no one should ever, ever forget is that this painful loss of life and suffering could have been avoided, or mitigated at the very least. Our leaders chose not to do the right thing.

Brands says that one day the world will look more favorably on the United States and how it handled the pandemic. Even if that were true, and it’s clear that historical revisionists like Brands are drowning in cash to make that happen, the United States simply does not deserve to have that image.

Let’s be very clear: the US government failed to protect its people, and over 560,000 and counting – many of its most vulnerable – have died as a result. Its actions even now are artificially prolonging the pandemic by keeping vaccines away from many parts of the world.

This is a travesty that should never be forgotten – and when revisionists like Brands spout their nonsense, it should always be met with pushback.