Save the planet to stop Putin! NYT says Russia could dominate warming world – enough to make Americans wake up to climate change? 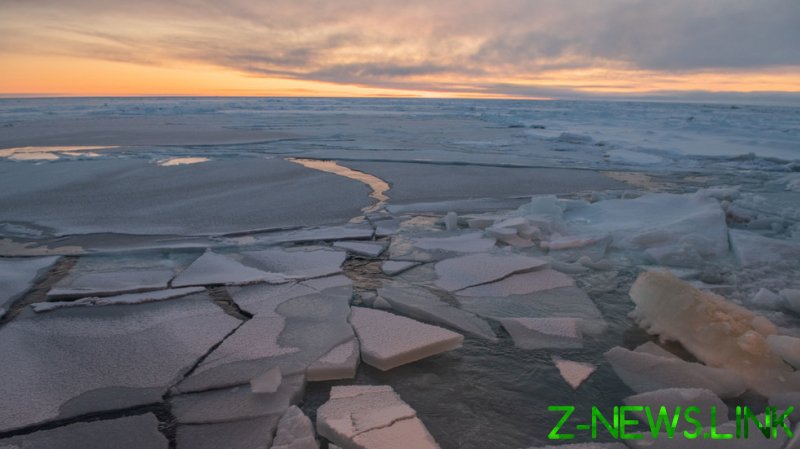 Given official Washington’s unashamed disregard for the environment, including pulling out of the Paris Agreement, it remains to be seen whether challenges to the balance of power could push Americans towards ditching their SUVs. Under President Donald Trump’s administration, the US’ refusal to make serious steps towards slowing down global warming has been stark, leaving the country rock-bottom of the German-based Climate Change Performance Index, behind the likes of Saudi Arabia and Iran.

The NYT article, also published by the Manhattan-based ProPublica, eloquently highlights how “no country may be better positioned to capitalize on climate change than Russia,” noting that melting permafrost would open up much more land for farming – something that could be a great benefit to the world’s largest country. Quoting research by Russian climate ecologist Nadezhda Tchebakova, author Abrahm Lustgarten says that more than two million square miles of Siberia could become available for farming by 2080 – an area larger than India. Outside of agriculture, melting ice in the Arctic will open up new shipping routes from Asia to the West, and “cut transit times from Southeast Asia to Europe” by up to 40 percent.

In the Kremlin, the benefits of global warming have long been known. Earlier this year, the then-prime minister, Dmitry Medvedev, announced a plan for the country to adapt its economy to the new climate, with a long list of broad measures to slow the damage while taking advantage of some changes. As well as agriculture and Arctic navigation, the document also highlighted the benefits of reduced energy consumption.

Climate change is not all positive for Russia, however. President Vladimir Putin has long warned of the danger to public health that it poses, noting the risk of an increase in natural disasters and infections. Putin has also expressed concern about species leaving their natural habitats as the climate they are used to begins to move north.

Earlier this month, the Russian president noted that Arctic nature is extremely vulnerable, and any adjustments must make sure that environmental risks are minimized.

In October, when speaking to the Valdai Discussion Club, Putin highlighted how global warming could adversely affect Russia’s infrastructure, as 65 percent of the country’s territory is made up of permafrost and any drastic change could have disastrous consequences for the economy. Earlier this year, in July, a Siberian village in the Yakutia region hit 38 degrees Celsius (100 degrees Fahrenheit), the hottest temperature ever recorded above the Arctic Circle.

“It affects pipeline systems, residential districts built on permafrost, and so on,” Putin said. “If as much as 25 percent of the near-surface layers of permafrost, which is about three or four meters, melt by 2100, we will feel the effect very strongly.”

A month later, Alexander Krutikov, the deputy minister of the Far East and the Arctic, claimed climate change will cost Russia 9 trillion rubles ($123bn) due to damage to buildings and infrastructure.

Despite the negatives for Russia, climate change’s effect on the balance of power between Moscow and Washington may become a compelling reason for the average American to finally take it seriously. With Russian arable land growing, and US farming moving further north towards Canada, perhaps the cons of political change may eventually outweigh the pros of driving an SUV.