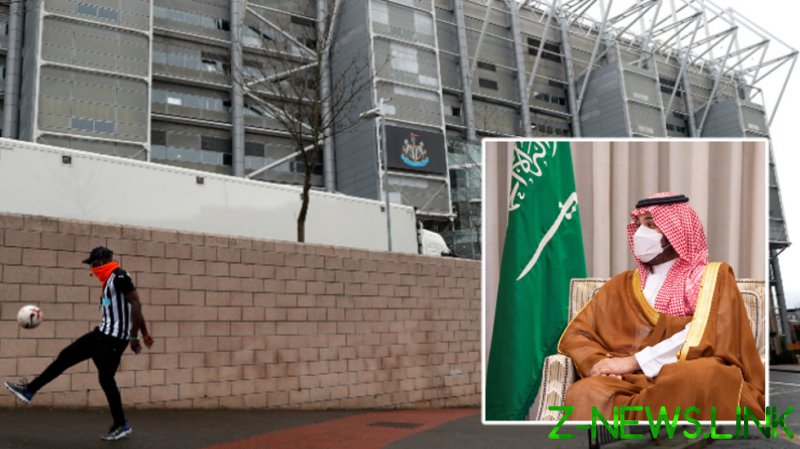 Crown Prince Mohammed of Saudi Arabia, who is the director of the country’s vast sovereign wealth fund (PIF), made a $381 million bid for the north-east giants in April 2020, launching a seemingly endless series of twists and turns over the proposed takeover.

In the 18 months that have since passed, the status of the deal has ranged from announcements appearing to suggest it was little more than a formality to calls from human rights activitists insisting that it should not happen and the complicated prospect of parliamentarian attempts to block it.

Last week, it became public knowledge that arbitration proceedings are due to begin between Newcastle and the Premier League next over over what has often seemed like an increasingly acrimonious situation.

During a separate case between club owner Mike Ashley and the league at the competition appeals tribunal (CAT), the legal representative employed by Ashley’s company alleged that leading clubs and beIN Sports, a Qatar-based broadcaster, had lobbied the league to halt the takeover, with the threat of relegation from the top flight reportedly one outcome that had been considered.

The Crown Prince’s bid, as part of a consortium including British businesspeople Amanda Staveley and David and Simon Reuben, was on course until May 2020, when the World Trade Organization seismically ruled that Saudi Arabia was behind beoutQ, a streaming platform found to have illegally streamed football games without permission, representing a critical piracy target for the Premier League.

Now beIN – one of the major opponents of the takeover – will no longer be banned in Saudi Arabia, according to The Athletic.

That is likely to effectively end a protracted stand-off and remove one of the major barriers to the takeover, potentially hastening the culmination of Ashley’s unpopular 14-year reign at St James’ Park within a relatively short timeframe – possibly even a matter of days.

Speaking at the CAT hearing, the Premier League’s attorney, Adam Lewis, is said to have explained that arbitration hinges on whether the Kingdom of Saudi Arabia and the PIF can be separated.

The case is said to be worth $1 billion and on the brink of becoming essentially meaningless if beIN drops its opposition.

The sale has been agreed with billionaire Ashley and is likely to have significant consequences for Newcastle and the Premier League should it go through.

The overwhelming majority of fans of the Magpies, who were once Premier League contenders but have been regulars at the wrong end of the table in recent years and even suffered relegations, are said to be in favor of a takeover which would be likely to make their club one of the richest in the UK.

Having such abundant wealth behind them could catapult Newcastle among the super-heavyweights, providing the same kind of financial shock that Sheikh Mansour bin Zayed al-Nahyan of Abu Dhabi had when he became Manchester City owner in 2008.

At Chelsea, Russian businessman Roman Abramovich was arguably ahead of his time when he took over in 2003, bankrolling an almost-instant level of success at the club that has endured – albeit with less of a monopoly – while other clubs have sprayed money around to catch up.

Newcastle would likely become the only Saudi-owned club in the Premier League, although the Crown Prince’s cousin, Prince Abdullah bin Mosaad bin Abdulaziz Al Saud, owns Sheffield United, who were relegated from the division last season and are currently midtable in the second tier.

There will also inevitably be questions around ethics. Among the critics of the takover, Hatice Cengiz, the fiancee of Jamal Khashoggi, has accused Saudi Arabia of being involved in the alleged murder of the late journalist and using its potential involvement in one of the most high-profile sporting competitions in the world as an attempt to improve its image.