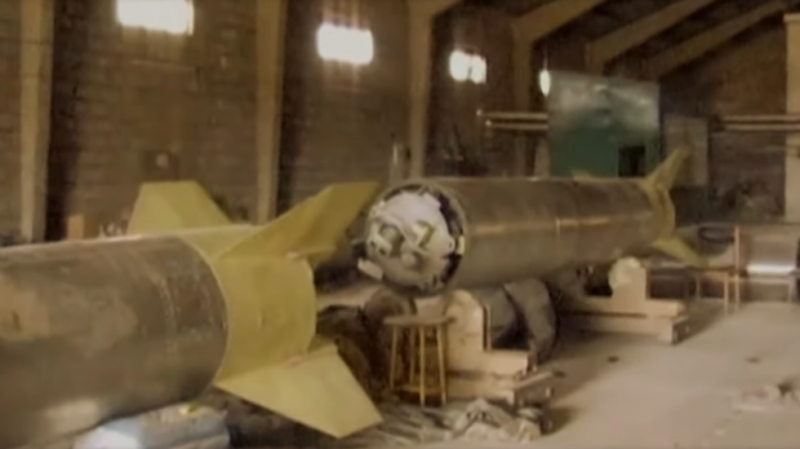 Saudi Arabia and a coalition of allies have been accused of presenting footage from a documentary on the Iraq war as “proof” of alleged missile smuggling at the Yemeni port city of Hodeidah, which is still held by Houthi rebels.

The claim was made by a spokesperson for the Saudi-led military coalition, Brigadier General Turki Al-Maliki, during a press conference on Saturday. The presser was aired by the state-run Al-Saudiya broadcaster, with footage still available on its YouTube channel.

Al-Maliki said the coalition obtained evidence that the Houthis were stockpiling and assembling weaponry at the Red Sea port of Hodeidah. The official alleged that the port is used to smuggle Iranian-made missiles into the country, adding that the munitions are then put together at workshops hidden in the city. Riyadh has repeatedly accused Iran of smuggling weaponry to the Houthis in circumvention of the UN arms embargo, yet Tehran has consistently denied the charge.

A short two-second clip showing two large ballistic missile boosters, sitting at a warehouse, was played at Saturday’s press conference, with Al-Maliki insisting it showed a “specific location” at the Hodeidah port, the Middle East Eye reported. The exact location of the workshop, however, could not be revealed, Al-Maliki reportedly added.

The claims by the Saudi-led coalition came under scrutiny from online sleuths, who traced the footage back to a 2009 documentary on the second US-led invasion of Iraq.

The video used by the Saudis appeared to be identical to the one featured in ‘Severe Clear,’ an American film based on video diaries filmed by US marines during their advance on the Iraqi capital in April 2003. Observers pointed out that the Saudi version was carefully cropped so it would not show US servicemen both to the left and to the right of the boosters they were inspecting in the captured warehouse, as is seen in the full-length video.

The Saudi allegations drew outrage from the Houthis, with spokesman Yahya Saree branding the use of the footage a “scandal” that exposed the “bankruptcy” of the Saudi-led coalition.

“This is the aggression which from the start is filled with lies and deception and attempts to cover their eyes with sand but the string of lies is short,” the spokesman tweeted.

Saudi Arabia and the coalition it leads – originally comprised of some 10 states – have been fighting in Yemen since 2015, when they staged a bombing campaign and subsequent invasion in a bid to reinstall ousted President Abdrabbuh Mansur Hadi. The ongoing intervention has come under fire from the United Nations and other international observers for repeatedly targeting non-combatants and civilian infrastructure, and the war has helped to fuel one of the world’s worst humanitarian crises, with the UN estimating that up to 400,000 Yemeni children risked starvation last year alone.